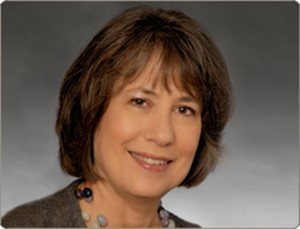 “Dodd-Frank fixed some of that by giving both the SEC and the CFTC authority to regulate the derivatives market. Among other things, the legislation mandated that the SEC and CFTC, working with the banking regulators, set standards for the amount of capital and margin that sellers of CDSs must hold. But Dodd-Frank continues to insulate the CDS market from traditional insurance regulation. Importantly, the new law does not require that purchasers of CDSs have an insurable interest.

When you go to an insurance company to buy fire protection on your house, it will want proof that you own the house. It does not want you buying insurance protection on your neighbor’s house. That would give you an incentive to burn your neighbor’s house down. For centuries, a central tenet of insurance has been to insure only against losses that the insured may actually sustain. Without such a requirement, insurance simply becomes a means to gamble on other people’s losses, creating economic incentives to inflict harm on others to reap the insurance payout.

“Without an insurable interest requirement, the CDS market has become primarily a speculators’ game. The market is heavily subject to manipulation, given the lack of regulation and the ability of speculators to influence prices. Moreover, it has been able to grow to such an astronomical size because speculators are free to bet against default on a wide range of securities without actually owning any of them. Just as there is no limit on the amount of money that can be wagered on who wins the Super Bowl, there is no limit on the number of speculators who can bet on whether the Italian government will default on its bonds or, as was commonly the case in 2007, whether investors would suffer losses on mortgage-backed securities and the infamous CDOs.

Some of the early resistance to our loan modification initiatives came from hedge fund managers, who would make money if mortgage defaults went up. This was because they had purchased CDS protection against losses on mortgage-backed securities they did not own. If they had been required to hold mortgage investments that exceeded the dollar amount of their CDS protection, they would not have had an incentive to oppose loan modifications. Similarly, it used to be that when an investor bought the debt of a company and that company got into trouble, the investor would work with the company to restructure its debt to help the company avoid a costly bankruptcy. Now, with investors being able to buy CDS protection that far exceeds any underlying bondholdings, if anything, they have an incentive for the company to go bankrupt.”

The lack of insurable interest on the part of those who bought huge amounts of credit default swaps was a glaring reckless negligence on the part of the regulators that Dodd Frank failed to remedy.