The United States Fiscal Policy as an Example to Avoid 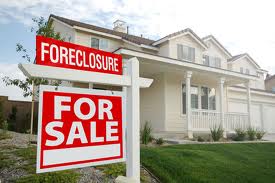 Tips to Mark Perry at Carpe Diem for pointing to this speech given by Canadian Parliament member Pierre Poilievre.  We Americans think we get the capitalist thing right but we clearly have something to learn from our neighbor to the north, and this is not just a recent development.  Canadian banks have fared better and remained far more stable than we have going back to the Great Depression.  America like other democracies fell for the hubris of political power that made people think they could legislate and regulate wealth and benefits without paying for them.

What went wrong in the United States? Many believe that the 2008 financial collapse and recession were the result of irresponsible behaviour by business and banks. In fact, this behaviour was merely the symptom. The illness was massive government intervention to turn the mortgage business into a social program.

The roots of this go back three decades. Presidents from Carter to Bush Jr. wanted to expand home ownership, a worthy mission no doubt. To do this, they mandated government-sponsored enterprises like Freddie Mac and Fannie Mae to cover the risks of loans to people who would otherwise not qualify for them. We call these subprime mortgages.

According to a 2010 World Bank report, Freddie and Fannie, both government sponsored enterprises, bought an estimated 47% of these toxic mortgages. Harvard financial historian Niall Ferguson estimated that between 1980 and 2007 the amount of government backed mortgages increased from $200 million to $4 trillion. Furthermore, the American government not only encouraged but forced banks to provide these loans.

To quote the World Bank report, “In the mid-1990s, the government changed the way the Community Reinvestment Act was enforced and effectively compelled banks to initiate risky mortgages”.

Once Americans are in debt, the U.S. government encourages them to stay there by allowing them to write off their mortgage interest. The bigger the mortgage debt, the lower the taxes.

In sum, the government encouraged millions of Americans to spend money they did not have on homes they could not afford, using loans they could never repay and then gave them a tax incentive never to repay it. The state had pumped so much air into the mortgage bubble that it burst. Financial institutions collapsed, taxpayers were on the hook, millions were jobless and one in five American households went under water, and that is to say their mortgages were bigger than the value of their homes.

While the Federal government holds banks and ratings agencies culpable for actions that facilitated this financial collapse, and they were monumentally culpable, a very large share of the responsibility should be accepted by the Federal Government. Misguided but well intended policy and the arrogant belief that they can tinker with complicated markets without accountability created an environment that combined the worst features of capitalism and a planned economy.

Why The Rating Agencies Failed
Consumption and Investment