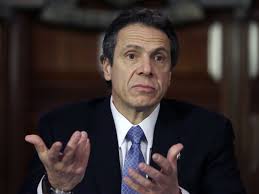 In 1993, under Andrew Cuomo (currently governor of New York), the Department of Housing and Urban Development (HUD) announced that it would “encourage” Freddie Mac and Fannie Mae to have half their loan portfolios in affordable-housing (subprime) loans. Freddie and Fannie did not take the announcement very seriously at the time. The “big event” that drove the monetary bubble being created by the Fed into the housing market was a decision made by the Clinton administration in September of 1999. Bill Clinton put teeth into and his political power behind the goal of Freddie Mac and Fannie Mae having at least 50 percent of their loan portfolios in affordable housing (subprime) loans.

This was a stunning announcement. I remember it well. There was an article published in the September 30, 1999, New York Times (of all places) that raised fundamental questions about the wisdom of this strategy.  Several economists pointed out that the legitimate affordable-housing market was not big enough to equal 50 percent of the giant loan portfolios of Freddie Mac and Fannie Mae. In order to meet this political goal of the Clinton administration, Freddie and Fannie would have to consistently lower their lending standards. In fact, one economist noted that this high level of risk taking could jeopardize the financial viability of Freddie and Fannie, and that these institutions were so big that if they failed, it could have a dramatic impact of the U.S. economy, and it could happen in ten years. Nine years later, it happened.”

Excerpt From: John A. Allison. “The Financial Crisis and the Free Market Cure:  Why Pure Capitalism is the World Economy’s Only Hope.” McGraw-Hill, 2013. iBooks.

Check out this book on the iBookstore: https://itunes.apple.com/us/book/financial-crisis-free-market/id553202865?mt=11