Inequality in Power, Not Money, is the Real Threat 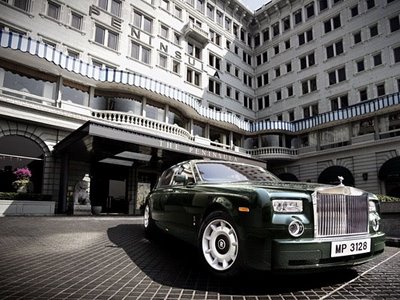 Daniel Greenfield in his excellent blog Sultan Knish has added an additional perspective to the discussion.  In Government Money he notes that the biggest fallacy in  the argument is that it is focusing on the wealth of individuals and not the wealth of institutions.

Time and time again, the liberal defenders of government power have attacked any call for reform as a plot by the wealthy. Even now New York Times editorialists pound their keys about the “Concentration of Wealth”, invoking presidents from Andrew Jackson to Theodore Roosevelt. But in our America, the “Concentration of Wealth” is not found in the hands of a few billionaires. It is found in the hands of the government.

The editorialists talk about the income gap and how much wealth is held by the top 1 percent of the country, but they are leaving something out. Their statistics deal with individuals, not institutions. And it is institutions which threaten our liberties, not individuals.

The top 10 wealthiest men and women in America barely have 250 billion dollars between them. That sounds like a lot of money, until you look at annual Federal budgets which run into the trillions of dollars, and the country’s national debt which approaches 15 trillion dollars. And that’s not taking into account state budgets. Even Rhode Island, the smallest state in the union, with a population of barely a million, has a multi-billion dollar budget.

As the 10th richest man in America, Michael Bloomberg wields a personal fortune of a mere 18 billion dollars, but as the Mayor of the City of New York, he disposes of an annual budget of 63 billion dollars. In a single year, he disposes of three times his own net worth. A sum that would wipe out the net worth of any billionaire in America. That is the difference between the wealth wielded by the 10th wealthiest man in America, and the mayor of a single city. And that is the real concentration of wealth. Not in the hands of individuals, but at every level of government, from the municipal to the state houses to the White House.

Forget the old trusts and the cartoons of moneybags sitting on his gold. The new trusts operate out of Washington D.C. for the benefit of the public.  The money goes back and forth, lobbyists, unions, politicians, consultants, contractors, activists and lunatics huddling together and passing bills that no one has read. And still the defenders of big government treat any calls for reform as a conspiracy of the rich. Yet the two richest men in America, Bill Gates and Warren Buffett, were holding fundraisers for Obama. And the tenth richest man in America runs one of the biggest bastions of liberalism. And number 14 on the list, George Soros, is the left’s sugar daddy.

I would add that of the 10 wealthiest members of Congress 7 of them are Democrats.  We have nothing to fear from wealthy people.  What we have to fear is powerful people and those who see wealth as a mere means to power. To those who seek to  have all the benefits of wealth without the responsibility and accountability government and its sister institutions provides the perfect means to power.  I have no problem with those who think they know better than I how to run my life; I do have a major problem with those who think they have the right and the authority to do so.

Our most cherished freedom is the freedom to be left alone.

Wars are Not Movies
The Growth Engine in All Circumstances