The Left, The Right, and Israel 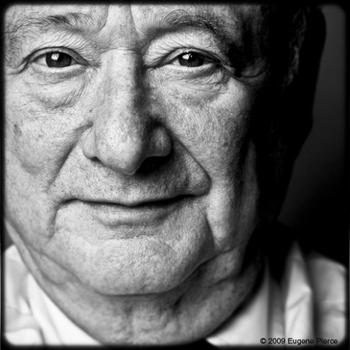 Alan Dershowitz writes in The Jerusalem Post The death of a liberal Israel lover, 2/4/13, thoughts on Ed Koch and the changing politics of Israel supporters.

When Israel was established in 1948, it had the enthusiastic backing of the hard Left – the Soviet Union, the Communist Party, labor unions, radical university professors, progressive entertainers and others whose knees automatically jerked in a leftward direction. Israel’s enemies tended to come from the hard right: oil interests, old state department types, traditional anti-Semites and those whose knees automatically jerked in a rightward direction.

This has all been changing over the past several decades, beginning with the Six Day War in 1967, when the Soviet Union and the Communist Party turned against Israel. This aboutface had a trickle down effect on the hard Left that has more recently impacted the Center-Left as well. It has produced a generational shift. For many among today’s younger Jews, Israel has become a right-wing cause, and the movement to boycott, divest and sanction Israel has become a left-wing cause.

Ed Koch was never ashamed of his support for Israel or his in-your-face Jewishness. Nor was he reliable as a Democrat or Republican. His party line was always principle. He sometimes supported Democrats, sometimes Republicans. Sometimes he supported US President Barack Obama, sometimes he didn’t. No one could take him or his vote for granted, because he always voted his values and his beliefs: in a strong America, a strong Israel and strong liberalism.

Several years ago at an AIPAC dinner I heard evangelist John Hagee address a crowd of 5,000 Israel supporters.  The evangelical movement has shifted from wanting to convert the Jews to wanting to understand and respect them. Yet there remains an element of suspicion for this change of heart because it is far from undoing centuries of accumulated antisemitism in many forms. But among the left,  Antisemitism has become the only acceptable prejudice.  Among the right,  Zionists and Jews have moved from being disdained to tolerated to understood and may reach a level of respect. On the left this sequence has reversed.

If the Dow is at a record then why does business still suck?
What A Real Stock Rally Looks Like