If the Dow is at a record then why does business still suck? 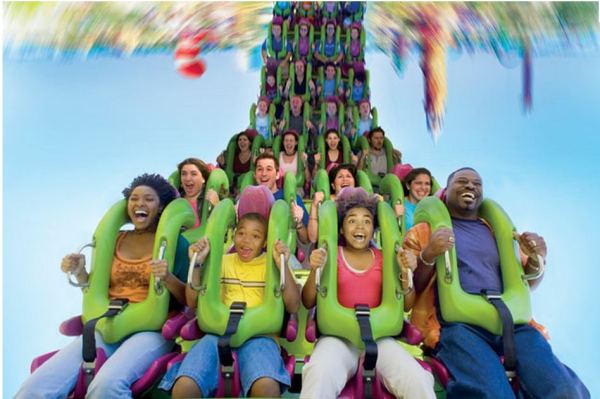 The Dow has broken through 14,000 for the first time since 2007. Yet unemployment is still high and has recently gone higher. The work force participation rate is the lowest it has been since the 1980’s and our prime working age population has dropped out of the workforce at a rate like Greece and dysfunctional European states. GDP growth is still anemic.  At this stage of a ‘recovery’ it is usually above the mean to make up for the years of recession that was below the mean.  This recession was so severe and the recovery so lackluster that we are establishing a new lower mean.

The reasons for the disconnect are economic, political and structural.

The stock market is a sign of economic strength, but it is not the only sign and it is subject to other forces as well.

The stock market is doing well partially because of the strengthening of the earnings of the companies, but this rise could be largely from the lack of competitive  uses of capital.  Near zero rates have been a disaster for  savers, especially the older who depend on interest income to live on.

The Fed has kept interest rate very low so we are sitting with near zero returns on cash via money market funds. Bonds have held up far longer than I expect but when interest rates are at zero they can only go higher and higher interest rates destroy bond values.

Gold has plateaued. It may go higher but at $1600 an ounce it has record room to go lower.  The contrarian in me is hesitant to buy a commodity that is hawked by numerous marketing sleaze balls with an unlimited advertising budget .  Putting gold in an IRA, as many of these ads promote,  is just nuts . But the best case against gold was noted by Berkshire Hathaway in Warren Buffett’s annual report summarized here.

China is topping out and the Euro is on life support.  Housing and real estate is bottoming but still lackluster. One reason the stock market is doing well is that there are few competitive places to put money.

While Wall Street is doing well Main Street is not.  The higher taxes, regulations, Obamacare and other increasing friction costs bear heavier on the privately held businesses.  There are fewer startups and more obstacles to growth.  This is the reason that employment is still lagging. Most employment comes from the non-public sector.   Smaller companies are closing, selling or just holding on. This leaves a larger share to the larger publicly listed companies or the larger privately held.  They have the administrative infrastructure to handle the onslaught of regulations we now face.

The smaller privately held firms have the option of saying “to hell with it” and shutting down. Many have.  But the larger firms, both public and private,  with millions or billions of dollars of assets do not have that luxury or option.

There is also a structural change that can not be ignored.  The information companies and new industries like Google and Facebook do not need the large number of new employees that a single GM or Ford plant required.

I see little of this changing in the near term and I believe the stock market will continue to do well.  But this does not mean that I consider the economy to be healthy.

I do not know how long the Fed will be able to keep interest rates low.  Even modest increases in the interest rates will render our deficits a disaster.  The huge debt makes out economic future very fragile.

Today’s Walls Street favorites were once startups. If we do not create an economic environment that encourages new innovation and startups as we did in the 1980-‘s and the 1990’s this Wall Street euphoria will end.

Until then enjoy the ride.

Perhaps the Tent is Too Big
The Left, The Right, and Israel