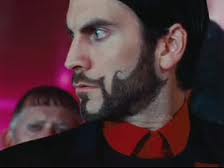 Megan McArdle writes The New Mandarins in The Daily Beast, 2/21/13.

All elites are good at rationalizing their eliteness, whether it’s meritocracy or “the divine right of kings.” The problem is the mandarin elite has some good arguments. They really are very bright and hardworking. It’s just that they’re also prone to be conformist, risk averse, obedient, and good at echoing the opinions of authority, because that is what this sort of examination system selects for.

The even greater danger is that they become more and more removed from the people they are supposed to serve. Since I moved to Washington, I have had series of extraordinary conversations with Washington journalists and policy analysts, in which I remark upon some perfectly ordinary facet of working-class, or even business-class life, only to have this revelation met with amazement. I once had it suggested to me by a wonk of my acquaintance that I should write an article about how working-class places I’ve worked usually had one or two verbally lightning-fast guys who I envied for their ability to generate an endless series of novel and hilarious one-liners to pass the time. I said I’d take it under advisement, but what on earth would one title such an article?

In fact, I think that to some extent, the current political wars are a culture war not between social liberals and social conservatives, but between the values of the mandarin system and the values of those who compete in the very different culture of ordinary businesses–ones outside glamour industries like tech or design.

An interesting article from a writer who surprises herself  given her academic and journalistic  background.

Yet this line of thinking is consistent with the work of Angelo Codevilla who contends that we have a continuum from between a ruling class and the ‘country class’, and that this has created a False Sense of Intellectual Superiority   The ruling class includes Democrats, Republicans, government sector workers and the Wall Street masters of the universe.

And it is consistent with Nassim Taleb in noting that our reliance on the academics and central planning has made us less risk (and thus less growth) prone and more fragile and subject to major economic and social shocks.

Megan’s thinking is noteworthy because it dispels the simplistic thinking between the right and the left, the liberals and the conservatives, that have plagued the debate for way too long.  We are subject to laws that are designed by leaders with no experience and no clue at how the wealth production process works.  They are ignorant of the working of a small business and how their policies affect them.