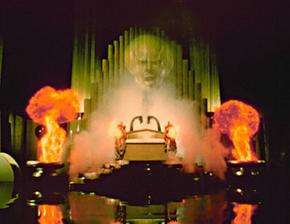 Since the election many of the disappointed, such as I, have diverted attention from the topics that occupied us to something either greater or smaller.  Taxes were raised and immediately the president talked of raising them more.  The incessant ‘fiscal cliff’ began sounding like redundant noise, like tinnitus.  It is just there and it is annoying, but you eventually accept it.  Now we hear about the debt ceiling crisis, only weeks after the fiscal cliff was averted. At some point this all becomes irrelevant and boring. We eventually return to making a living, and doing things we enjoy.

But those who are able will divert their efforts out of harm’s way.  They may retire earlier; seek alternative sources of income and investments, or just cease earning income for a few years and hope that the collective regains some sense of reality in a few years. The rest will adjust, but hopefully not get used to it.

Gun control becomes a distraction from far more important issues. For some it is preferable that the voters should get hot and bothered by assault weapons than actually try to reign in government spending.  It is the equivalent of bread and circuses in ancient Rome, as if somehow using murdered school children to distract the public is any more civilized than gladiators.

We will tend to smaller issues like fishing and getting outdoors seeking to make this political weather irrelevant.  They may make it rain but I have this great new rain suit and I am going outside anyway.  On the way to work I am less inclined to listen to Fox or any other news station, opting for Sirius 26, Classic Rock.   But if Sirius drops Fox,  I will drop them.   I just like Neil Cavuto.

When current events degenerates into noise, I am attracted to larger topics, the classics of history, and more current works as well.  My nephew, Michael Neiberg, wrote The Blood of Free Men about the liberation of Paris.  His work on the non-military history of WW I (his specialty), Dance of the Furies was excellent.  Nassim Taleb conceptualizes systems by their fragility in Antifragile:Things that Gain from Disorder. There will be several posting from that book in this blog in the coming months.

I discovered on the new version of iBooks that it now allows the  ability to copy excerpts from the books.  This speeds some of my postings greatly.  I have desired this feature for a long time.

Taleb notes that one should focus on books that are at least fifty years old.  Standing the test of time is a strong testament to the value of a book.  Sometimes I feel lazy when I just read the works of folks that read the old books, but I like his point anyway.

We continue to make it hard to hire, and easier to exist without a job.  We think of government as the Great Oz, that is a facade of an entity that makes a lot of noise pretending to give us what we already have: a brain, a heart, and courage. In fact it gives us nothing without taking it from others.

Harriet Tubman commented that she freed a thousand slaves, and could have freed a thousand more if they only realized they were slaves. We have created a dependent class that will take it hard when reality hits. When they realize that their overpriced college degree will get them little – not even the joys of having gotten a decent education regardless of its marketability. In the meantime I am scanning my library for some really old books.