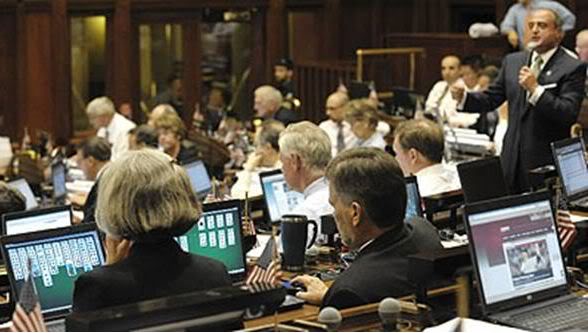 “Just as people have varying levels of faith in an “invisible God,” so people have differing degrees of belief in the beneficial “invisible hand” of capitalism and freedom. By faith, I mean a certain degree of confidence that, left to their own devices, individuals acting in their own self-interest will generate a positive outcome. Faith represents a level of predictability of the future: Will an unfettered “economy recover on its own from a recession? Will eliminating tariffs between two countries increase trade and jobs between them? Will decontrolling oil prices eliminate the energy crisis? Will technological unemployment in one industry lead to new employment in another? Will a competitive environment eventually break down monopolistic power in a particular market? Individuals have differing levels of confidence in the marketplace to respond positively to change or crisis. Some have full faith that all will work out for the better. Others have great faith that in most cases private actions will benefit society. Still others have little faith in the free market and worry that, most of the time, private enterprise does what is best for individual people but not for society. Finally, there are a few who deny that any good thing can come from the dog-eat-dog chaotic world of Mammon, that the multinational corporate world is so corrupt and crisis-prone that nothing can improve the matter save major institutional reform or outright revolution.”

“I identify four schools of economics that fit these varying levels of belief in capitalism and free markets: the hard-core Marxists have no faith that the capitalist system can solve social problems; the Keynesians have doubts about the invisible hand; the Chicago economists have great faith that capitalism works; and the Austrians have perfect, sometimes even blind, faith in capitalism (Skousen 2005, 261–67).”

Check out this book on the iBookstore: https://itunes.apple.com/us/book/the-big-three-in-economics/id446754893?mt=11

This is an interesting and simple way to explain the difference between the various schools of economics.  But I would expand the thought to distinguish the between levels of faith in government solutions.  There are those who distrust big business but have no problem accepting big government.  They also believe that economic self interest is synonymous with greed, but that political self interest is somehow superior.  The incredible corruption that has become so common in our government has become accepted and rarely reported.  Behaviour is accepted in government that would land a private citizen in jail.

Capitalism is not as much about the channeling of greed as it is about the competition of ideas. Government and bureaucracy thwart ideas. Capitalism works best when knowledge and power converge.  Hundreds of financial regulatory agencies failed to avert the economic collapse of 2008 because they wielded power without knowledge.

No Risk, No Solution
Perhaps the Tent is Too Big