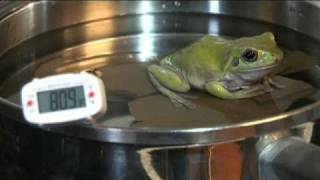 The second truth is that you cannot pay for the Life of Julia, or any vision of a cradle-to-grave welfare state, without massive and increasingly regressive middle-class taxes. The poor don’t have the money to pay for a European-style welfare state, and the rich, rich as they are, don’t have anywhere near enough.

Not only that, it’s easy to tax middle-class assets and transactions — things like payrolls, sales, and real estate — but soaking the rich means taxing investments. Investments are complicated and can be restructured to minimize taxes. Also, investments are the lifeblood of economic growth. Raising significantly more taxes from the rich also requires higher marginal tax rates — and their rates are already quite high. High marginal rates distort the economy and yield less revenue than anticipated because they increase the rewards for legal and illegal tax avoidance.

In a similar vein, Jared Bernstein, a senior fellow at the Center on Budget and Policy Priorities and a former economist for Vice President Biden, writes, “It’s perfectly reasonable for the White House to begin collecting more revenue from folks who have done by far the best in pretax terms.” But wait a moment for it — he then adds, “But ultimately we can’t raise the revenue we need only on the top 2 percent.”

Note the use of “2 percent,” a number the president himself has begun using more often. It is a small but telling evolution from decrying the “1 percent.” One wonders if the Occupy Wall Street protestors have corrected their signs to read “We are the 98 percent”? Are those in the 98th percentile already saying “They came for the 1 percent and I said nothing…”? According to the more honest progressive pundits above, it will not be long until the 50th percentile is saying it too.

The choice the country faces is simple. We can have big government and the Life of Julia (at least for a while, but that is another essay), with everyone paying through the nose and the middle-class share of taxes rising not falling, or we can return to the American tradition of limited government, with everyone paying a smaller burden to the state, with relatively limited services for, and relatively light taxes on, the middle class. What we cannot have is the Life of Julia at no additional burden to 99 out of 100 of us. Nobody, Left or Right, really thinks that math works, no matter what they may say in public.

Of course, as a byproduct of this growth in the state, many of us believe we also suffer a terrific erosion of liberty, free-enterprise, and individual responsibility and initiative.

Finally, after we become fully addicted to the latest increase in big government, the bill will ultimately be presented to everyone including, and in all likelihood over-emphasizing, the middle class and the poor. The people who were promised they would be untouched will see the largest proportional hikes. That’s exactly what has happened in Europe. We have seen this movie before, but this time we don’t need subtitles.

In other words, if we told everyone the ultimate destination right now, the country would likely reject it. But if built up in this piecemeal manner with benefits up front and the bill presented later, it can become reality.

The longer we take to admit the truth- that everyone’s taxes must go up or the benefits must go down- the more difficult will be the acceptance and the more violent the response.