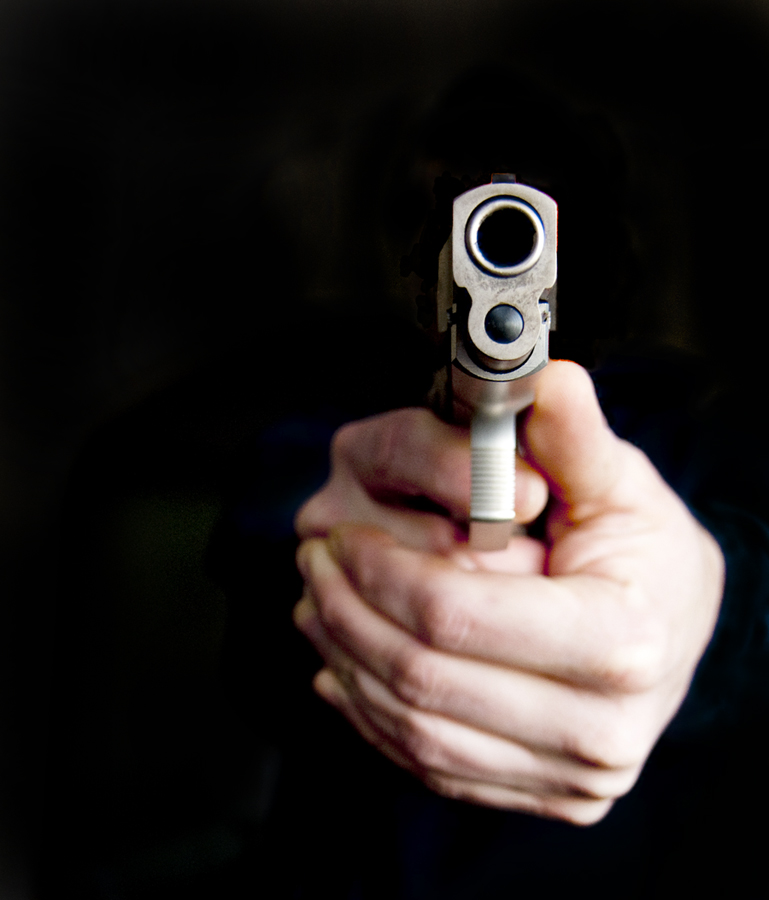 The blogosphere is littered with the arguments for and against further action controlling guns.  The most comprehensive review to understanding the world of guns and self defense I have yet seen is this post from Larry Correia at Monster Hunter Nation, An opinion on gun control, 12/20/12.  It is a bit long but thorough.

There were four mass killing attempts this week. Only one made the news because it helped the agreed upon media narrative.

And here is the nail in the coffin for Gun Free Zones. Over the last fifty years, with only one single exception (Gabby Giffords), every single mass shooting event with more than four casualties has taken place in a place where guns were supposedly not allowed.

The vast majority (last I saw it was over 80%) are on some form of psychotropic drug and has been for many years. They have been on Zoloft or some serotonin inhibitor through their formative years, and their decision making process is often flawed. They are usually disaffected, have been bullied, pushed around, and have a lot of emotional problems. They are delusional. They see themselves as victims, and they are usually striking back at their peer group.

Also, you’re going to miss. It is going to happen. If you can shoot pretty little groups at the range, those groups are going to expand dramatically under the stress and adrenalin. The more you train, the better you will do, but you can still may miss, or the bad guy may end up hiding behind something which your bullets don’t penetrate. Nobody has ever survived a gunfight and then said afterwards, “Darn, I wish I hadn’t brought all that extra ammo.”

So having more rounds in the gun is a good thing for self-defense use.

It doesn’t really make sense to ban guns, because in reality what that means is that you are actually banning effective self-defense. Despite the constant hammering by a news media with an agenda, guns are used in America far more to stop crime than to cause crime.

I’ve seen several different sets of numbers about how many times guns are used in self-defense every year. The problem with keeping track of this stat is that the vast majority of the time when a gun is produced in a legal self-defense situation no shots are fired. The mere presence of the gun is enough to cause the criminal to stop.

Australia had a mass shooting and instituted a massive gun ban and confiscation (a program which would not work here, which I’ll get to, but let’s run with it anyway.). As was pointed out to me on Facebook, they haven’t had any mass shootings since. However, they fail to realize that they didn’t really have any mass shootings before either. You need to keep in mind that mass shooting are horrific headline grabbing statistical anomalies. You are far more likely to get your head caved in by a local thug while he’s trying to steal your wallet, and that probably won’t even make the evening news.

And violent crime is up in Australia. A cursory Google search will show articles about the increase in violent crime and theft, but then other articles pooh-pooing these stats as being insignificant and totally not related to the guns.

So then we’ve got England, where they reacted swiftly after a mass shooting, banned and confiscated guns, and their violent crime has since skyrocketed. Their stats are far worse than Australia, and they are now one of the more dangerous countries to live in the EU. Once again, cursory Google search will show articles with the stats, and other articles saying that those rises like totally have nothing to do with regular folks no longer being able to defend themselves… Sensing a trend yet?

And then we’ve got South Africa, which instituted some really hard core gun bans and some extremely strict controls, and their crime is now so high that it is basically either no longer tracked or simply not countable. But obviously, the totally unbiased news says that has absolutely nothing to do with people no longer being able to legally defend themselves.

There is much more in the article.  Tips to Instapundit for the reference.  While it is tempting to quickly legislate while the emotions are high from the Newtown tragedy, policy requires something better.  Rational analysis is needed to craft legislation that would be productive and actually reduce the chance for another Newtown.

For a history of school massacres: Top Ten School Masssacres.  Only four were in the US, though this was as of 2008, and the Newtown tragedy will change this list.  The worst in US History was in Bath Town Ship in Michigan in 1927, when prayer was still in the schools, and long before our youth were subject to the cultural violence of movies and video games, and the killer did not use a gun.

Fareed Zakaria wrote The Solution to Gun Violence is Clear in The Washington Post.  It isolates the vast cache of weapons in private hands as the only reason we have more violent crimes.  But he crosses the ‘correlation is not causation’ line of fallacious reasoning and ignores the increase in crime where strong gun control measures were enacted.  Fareed cherry picks his comparisons and does not compare similar demographics(see below).  America has a diverse and stressful  culture in many ways different from other nations he seeks to compare us to. ( I believe Fareed also omitted the percent of their youth on psychotropic drugs.)

We aren’t alone in facing this problem. Great Britain and Australia, for example, suffered mass shootings in the 1980s and 1990s. Both countries had very stringent gun laws when they occurred. Nevertheless, both decided that even stricter control of guns was the answer. Their experiences can be instructive.

In 1987, Michael Ryan went on a shooting spree in his small town of Hungerford, England, killing 16 people (including his mother) and wounding another 14 before shooting himself. Since the public was unarmed—as were the police—Ryan wandered the streets for eight hours with two semiautomatic rifles and a handgun before anyone with a firearm was able to come to the rescue.

Nine years later, in March 1996, Thomas Hamilton, a man known to be mentally unstable, walked into a primary school in the Scottish town of Dunblane and shot 16 young children and their teacher. He wounded 10 other children and three other teachers before taking his own life.

The results have not been what proponents of the act wanted. Within a decade of the handgun ban and the confiscation of handguns from registered owners, crime with handguns had doubled according to British government crime reports. Gun crime, not a serious problem in the past, now is. Armed street gangs have some British police carrying guns for the first time. Moreover, another massacre occurred in June 2010. Derrick Bird, a taxi driver in Cumbria, shot his brother and a colleague then drove off through rural villages killing 12 people and injuring 11 more before killing himself.

On a realistic but somber note,  Jeff Jacoby wrote in Good Laws Will Never Abolish All Evil:

None of the nostrums prescribed after this year’s shooting rampages in Connecticut and Colorado would guarantee that nothing like them will ever recur. Stringent gun laws haven’t prevented frightful massacres of students in Norway, Germany, and the United Kingdom. There were mass killings in America long before there were video games – and long before the Supreme Court ruled prayer in public school unconstitutional.

Nightmares like the one in Newtown are rare. A free society cannot make them absolutely impossible and still remain free. Good laws can do a lot, but they will never abolish all human evil. For that, there is ultimately only one answer: the cultivation of human goodness.

It is also worth expanding the discussion to the political values in the gun control debate.  Note The Perfect Prison by Daniel Greenfield in Sultan Knish:

“How much firepower does a law-abiding gun owner need?” is the leading talking point of the gun controllers. But it could just as well be, “How much cold medicine does a law-abiding sneezer need?” Cold medicine has been regulated to the extent that you need a photo ID if your nose is stuffed up under a bill sponsored by a community organizer from Chicago who stayed briefly in the Senate on his way to bigger and worse things. And people have been arrested for buying too much cold medicine.

Today’s murder rate is essentially at a low point of the past century. The murder rate in 2011 was lower than it was in 1911.

We can only speculate on what might be behind this trend, but I will point out a few interesting facts.

• From the 1980s to 2000, the number of prisoner executions more than quadrupled.

• From 1986 to 2006, the number of states adopting “shall issue” Concealed Carry permits nearly quadrupled.

Middle Class Taxes and The Slow Boil
Just One Life