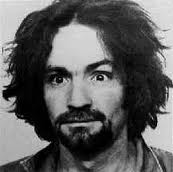 The tragedy of Newtown was somehow more upsetting than other acts of deranged slaughter we have experienced.  I could not turn on the news or read the social networks for days.  I just did not want to either here the anti-gun proselytes use this tragedy to make political points, nor did I want to hear from the pro-gun crown how unsafe gun-free zones are and how teachers should be armed.  This is insanity.

This incident is more disturbing than the Virginian Tech shooter who killed 32 fellow college students, or even the 1966 sniper at the University of Texas who shot 18 fellow students from the infamous clock tower.  It is more disturbing than the Columbine massacre where the shooters killed 15 of their fellow class mates.  This is more disturbing because it was children; ten years old and younger who were deliberately targeted and slayed like livestock.  Nothing strikes fear into a parent’s heart like the realization that they cannot protect their children.

Placing this in perspective offers little consolation.  The fact that our worst school massacre was in 1927 when an ex school board member in Bath Township in Michigan killed 45 students with a bomb shows us that such deranged behavior is not just a recent development, and the many school massacres in other countries shows that this is not just an American phenomenon, but it does not ease the pain.

It is understandable that some will want to restrict gun ownership.  We have restrictions now.  We cannot buy flamethrowers, fully automatic weapons, stinger missiles or sawed off shotguns.  Assault weapons are just normal rifles without wooden stocks.  We also have registration.  Anyone who has bought a weapon (legally) fills out paperwork that is filed with the ATF.  All rights have limits and we can limit weapons further, but I fail to see how it will prevent another Newtown.

It is alarming how high a percentage of these shooters are on prescription psychiatric medications.  Perhaps guns are not the only problem.  Have we medicated our youth to the point they fail to learn how to control their emotions?  Perhaps the meds just delude us into thinking we have solved anxiety problems, when all we have done is submerged them only to make the eventual outburst far worse.

Perhaps we are willing to give up a few civil liberties to be a little safer.  Perhaps we can also ban films and video games that saturate our impressionable youth with gratuitous violence.

We have derived a political culture of victim hood, and the sense of being victimized is a common trait in such violent actions.

There may be plenty of blame to go around to rationalize the behavior of mad men.  It is probably a bad idea to fashion policy after such an event.  Threats to gun ownership such as the Brady Bill of 1994 spurred millions of gun sales, especially to those who did not previously own a weapon, but feared that they were about to lose their right.  Those who contend that “we must do something” must realize that bad action is worse than no action.

Meanwhile we can at least get some agreement that we should move to identify and manage the mentally dangerous.  It may require some sacrifice of an individual’s right and it may have some bad consequences,  but this will not only get support from both sides of the gun debate, it may actually get some results.

But Jeff Jacoby captured the reality in Good laws will never abolish all evil.

But tragedy will always be part of the human condition. Some evils we can never hope to eliminate – not even with the best will in the world. No regulation or reform can undo all homicidal insanity. Still less can legislation guarantee universal integrity and decent character. It will always take more than law and politics to make men and women kind, honest, and moral.

None of the nostrums prescribed after this year’s shooting rampages in Connecticut and Colorado would guarantee that nothing like them will ever recur. Stringent gun laws haven’t prevented frightful massacres of students in Norway, Germany, and the United Kingdom. There were mass killings in America long before there were video games – and long before the Supreme Court ruled prayer in public school unconstitutional.

Nightmares like the one in Newtown are rare. Yet a free society cannot make them absolutely impossible and still remain free. Good laws can do a lot, but they will never abolish all human evil. For that, there is ultimately only one answer: the cultivation of human goodness.

The Perverse Feedback of Free Goods
The Paradox of Government