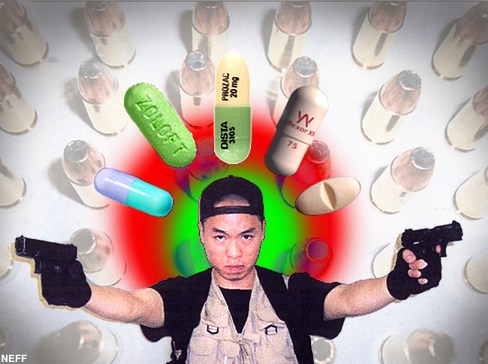 The worst school massacre was not Newtown. Tragic though it was, the worst by far was in Beslan and 386 were killed by Chechen Rebels when the Russians attacked. The worst school massacre in the United States was in 1927 in  Bath Township, Michigan when an ex school board member killed 45 and injured 58, and he did not use a gun-  he used home made bombs. Of the ten worst school massacres as of 2008 only four were in the US. In addition to the Bath,  Michigan there was the Virginia Tech shooting, Columbine and the University of Texas Austin Clock-tower shooter  in 1966. The Newtown tragedy will make the new top ten. Source: Top Ten Worst School Massacres, 2008. It was inevitable that this horrific tragedy would re-ignite the gun control debate, but I thought this piece would suggest that this tragedy was neither a recent development nor a strictly American phenomenon. But perhaps guns are not the only culprit. It seems a very high percent of these homicidal loose screws are on prescription psychiatric medications. Source: School Shootings and Psychiatric Drugs Perhaps the pharmaceutical lobby is far more dangerous than the gun lobby.

Obscuring Our True Condition
You Can’t Beat Something With Nothing