The Truth Has Become a Revolutionary Act 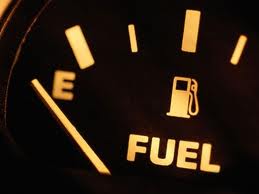 One of the things that money hasn’t gone to is to have kids and raise kids.  As the mother of two I’m here to tell the rest of you it’s one heck of an economic sink hole.  My husband and I, even when we’re both making decent money have times of barely scraping by.  Kids have open expenses: clothes, food, schooling, health.  They also have hidden expenses: without kids, Dan and I would be living in half the house, and probably in a more urban and cheaper setting.  Kids pushed us to the more expensive neighborhood, where they’d be safe playing in the yard.

The money isn’t there.  The state in question is stone cold broke.  We can argue till the cows come home about where the money went or if it was a good idea.  Most of it went up some government’s hole and got lost in the gigantic game of bureaucratic pass-around.  What it got nominally used for is irrelevant.  As is whose fault it is.

What you have to ask yourself is “where is the money going to come from?”

No one is lending to us anymore.  We’re printing money and lending to ourselves.  This is sort of like cutting off your leg and making a roast.  That money is devaluing the money in every saving account throughout the land.  It’s making all of us poorer.

An excellent point that eloquently states the obvious. Read the entire post.  George Orwell noted “During times of universal deceit, telling the truth becomes a revolutionary act.”  Stated a little differently, it is a poor reflection on our society when it becomes profound to state the obvious. Sarah notes the two aspects of our decline: the lack of understanding of the true source and meaning of wealth, and a society that is losing the desire to reproduce itself.  The real greed is not among the producing capitalists and entrepreneurs  but lies with those who equate opportunity with entitlements.  We are not only entitled to a job, but in the absence of said jobs we are entitled to the income without having to work for it.