The Launching of Surprises 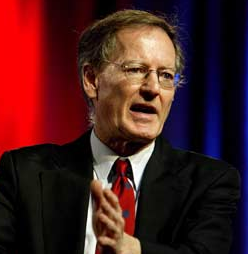 George Gilder writes Unleash the Mind in The National Review.  It is from his soon to be released update of his classic Wealth and Poverty.

All progress comes from the creative minority. Under capitalism, wealth is less a stock of goods than a flow of ideas, the defining characteristic of which is surprise. Creativity is the foundation of wealth. As Princeton economist Albert Hirschman has put it, “creativity always comes as a surprise to us.” If it were not surprising, we could plan it, and socialism would work. Joseph Schumpeter propounded the basic rule when he declared capitalism “a form of change” that “never can be stationary.” The landscape of capitalism may seem solid and settled and something that can be captured; but capitalism is really a noosphere, a mindscape, as empty in proportion to the nuggets at its nucleus as the expanse of the solar system in relation to the sun.

Entrepreneurship is the launching of surprises. The process of wealth creation is offensive to levelers and planners because it yields mountains of new wealth in ways that could not possibly be planned. But unpredictability is fundamental to free human enterprise. It defies every econometric model and socialist scheme. It makes no sense to most professors, who attain their positions by the systematic acquisition of credentials pleasing to the establishment above them. Creativity cannot be planned because it is defined by information measured as surprise. Leading entrepreneurs — from Sam Walton to Larry Page to Mark Zuckerberg — did not ascend a hierarchy; they created a new one. They did not climb to the top of anything; they were pushed to the top by their own success. They did not capture the pinnacle; they became it.

The planners attempting to control wealth do not understand it beyond its material dimensions.  Business is the mastery of the unexpected and the unplanned.  There is much that can be done to stifle creativity but little that can be done to improve it except to get out of its way.