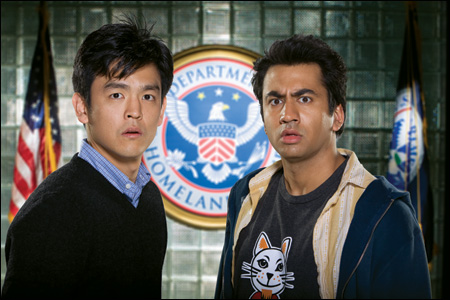 David Goldman writes in Pajamas Media, Stop talking about the Hispanics for a moment — what about Asian-Americans?, 11/9/12

Apart from some fatuous self-congratulation from Asian-American liberals, there has been very little discussion of the 73-26 Asian-American margin of support for President Obama in last Tuesday’s election. That’s slightly smaller than the highest estimate of Latino support for Obama, at 75-23. Asian-Americans are a small minority now but their numbers are growing rapidly.

Asian Americans are the highest-income, best-educated and fastest-growing racial group in the United States. They are more satisfied than the general public with their lives, finances and the direction of the country, and they place more value than other Americans do on marriage, parenthood, hard work and career success…

Asians recently passed Hispanics as the largest group of new immigrants to the United States. The educational credentials of these recent arrivals are striking. More than six-in-ten (61%) adults ages 25 to 64 who have come from Asia in recent years have at least a bachelor’s degree. This is double the share among recent non-Asian arrivals, and almost surely makes the recent Asian arrivals the most highly educated cohort of immigrants in U.S. history.

I do not mean to be glib. The issue requires study. But I will venture a guess:  Asian-Americans, like any other immigrant group, come here with the hope of bringing family members with them. Tough enforcement of immigration laws makes life as hard for them as it does for any other immigrant group, and frustrates their hope of reuniting families in America. The result of our present immigration laws is that we fail to keep out the illegals we don’t want, and make it harder to absorb the skilled and energetic immigrants we do want. There will be endless discussion during the next few months of Romney’s mistake in moving to the right of Rick Perry on immigration during the Republican primaries, and I will leave the detailed parsing to the professionals. I hope the professionals talk to Asian-Americans first.

The GOP ignores its anti- immigrant image, true or not, deserved or not, at its own peril.