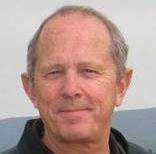 Scott Grannis writes in his blog,  Calafia Beach Pundit, Higher taxes on the rich would barely dent the deficit, 11/13/12.

… boosting taxes for the wealthiest 2 percent would bring in $58.1 billion in fiscal year 2013, according  to Bloomberg calculations based on data from the [left-leaning] Tax Policy Center. The CBO estimates the government’s finances will show a shortfall of $1.04 trillion, assuming almost all the tax increases and automatic spending cuts that are slated to take effect next year are totally averted.

“It’s not very much, but it is a step in the right direction,” Roberton Williams, a senior fellow at the nonpartisan Tax Policy Center in Washington, said in a telephone interview. “In order to close half the budget deficit by raising taxes on the rich, you would have to raise their tax rate up to about 90 percent. That’s not going to happen.”
According to some estimates I’ve seen, if Obama gets his request for higher income, dividend, capital gains and estate tax rates rise for those making more than $250K per year, that could raise up to $120 billion to federal revenues next year, assuming no adverse consequences for economic growth. That’s not an assumption I’m comfortable making, but nevertheless the revenue gains that might result from boosting tax rates for the rich are still a relatively small fraction of the total projected deficit.

Greg Mankiw uses data from the Tax Policy Center to make the point that putting a cap on total deductions could raise significant revenue from the rich without increasing their marginal tax rates, and that is important since it avoids creating a disincentive to additional work and investment:

According to the Tax Policy Center, if we cap itemized deductions at $50,000 and keep tax rates as they are today,we would raise $749 billion in tax revenue over ten years. Moreover, according to the TPC’s distribution table, 96.2 percent of the extra revenue would come from the top quintile, with 79.9 percent from the top one percent.

Capping deductions will raise more revenue from the wealthier Americans but be less stifling to economic growth. The projections of increased revenue from increasing tax rates is overstated since an increase in THE MARGINAL TAX RATES will reduce the growth in income.  The sharper the rate increase the more affected is the income stream that is targeted.

The exceptional increases in capital gains and investment income will have the most retarding impact since these sources are most easy to adjust to avoid. We could eliminate tax free bonds or limit the tax free income from these investment to a cap, but that will impact the borrowing costs of local government to build bridges, schools and power plants.  Every deduction will have a special interest fighting its limitation.

I like the idea of making the first $50,000 or even $100,000 in investment income (capital gains and dividends) tax free and then taxing the rest at income tax rates. This would not only limit the benefit of investment income for the wealthy, but it would encourage the ownership of capital by a broader base of citizens.  It would also create a great advantage for the retired to plan independent income beyond social security.

But discussion of how best to raise taxes obscures the harsh reality that spending must be cut, entitlements must be restrained, and that growth will generate far more tax revenue that any tax increase that can be considered. Low growth tax policies of this administration are the real problem and their proposals on the table will likely make it worse.  We can not either spend or redistribute wealth that is never earned.

Confusing Facts with Problems
Anti-Semitism as a Political Tool