It is Time to Means Test Benefits 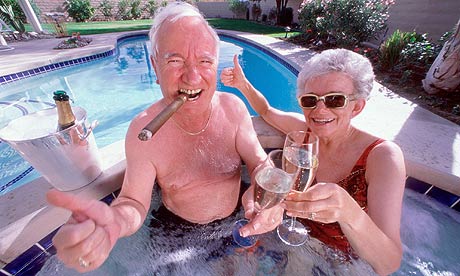 Granting the welfare state’s virtues — the safety net alleviates poverty and cushions the effects of recessions — it’s time to pose some basic questions. Who deserves support? How much? How long? How much compassion can society afford?

Programs have strayed from their original purpose. Take Social Security. Created to prevent destitution among the elderly, it now subsidizes the comfortable. The Wall Street Journal recently ran a story about a couple (he 66, she 70) touring the world. They’ve visited London, Paris, Florence and Buenos Aires. Their financial adviser sends them $6,000 a month from investments and proceeds from their home sale. They also receive Social Security. How much? They don’t say. My hunch: between $25,000 and $50,000 a year. (I emailed the couple for details but received no reply.)

Is this what Franklin Roosevelt intended? Should Social Security be tilted more toward the less affluent? Good questions, but politicians rarely ask them. Anyone who does risks being attacked as hard-hearted.

When my first wife, Renee, died our 4 year daughter was eligible for monthly Social Security until she was 18 regardless of my income level. Such benefits should be means tested. Whenever such reason is suggested the demagogues come out in force.  Perhaps the benefit of the huge deficit is that we can not put off means testing benefits any longer.