Abortion Does Not Define the Gender Gap 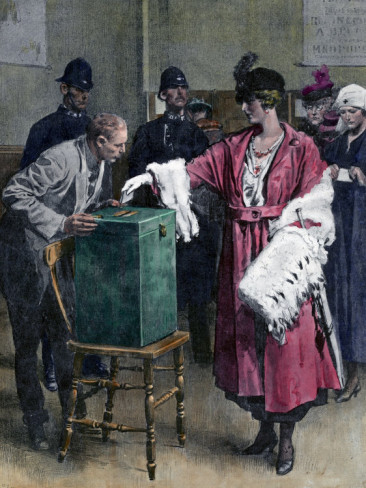 Karlyn Bowman and Jennifer Marsico write The Past, Present, and Future of the Women’s Vote in The American,Thursday, October 4, 2012.

What drives the gap that Gallup tells us occurs “across all [adult] ages . . . and within all major racial, ethnic, and marital-status segments of society”? Men and women differ on the proper role of government, with women consistently telling pollsters they favor a stronger role for government than do men. Women express greater concern about the economy’s future than do men, and they lag behind them in seeing signs of economic recovery. Women are more risk averse than men. A question CBS News has asked occasionally about willingness to fly into space produces a gender chasm. Women differ significantly from men on the safety of nuclear power. They are less supportive of using force, whether the issue is sending troops into battle or imposing the death penalty. They are less likely than men to support stand-your-ground laws.

Some social issues divide the sexes. Women are more likely than men to support gay marriage. But one of the hardy perennials of political discourse since the early 1970s, abortion, produces no gender differences. Conflicting poll results on the administration’s mandate on contraception coverage make assessing the political impact of the issue difficult. But a poll from CBS News and the New York Times found only 6 percent of women said that “women’s health issues” would be the single most important issue to their vote. Seventy-three percent said these issues would be several of the many issues of importance to them, and 21 percent said these issues were not important to them. In another question, women split 45 to 44 percent over whether they could vote for a candidate who didn’t share their views on these issues.

The gender gap is not the largest gap in our politics. The marriage gap is large, too, with married voters (two-thirds of all voters in 2008) looking more Republican and unmarried voters looking more Democratic. Ruy Teixeira of the Center for American Progress estimates that unmarried women are now 47 percent of all women, up from 38 percent in 1970. Democratic pollster Celinda Lake points out that in 2010, unmarried women “lagged 11 percentage points below married women in voter registration, which translated into lower turnout by 15 percentage points.” In 2008, they trailed married voters by eight points.

It is interesting that these researches find that there is a gap in the way that men and women vote, but that it is not centered on the abortion issue.  The gap is also between married and single, and although it is not mentioned here, it may also be delineated based on income. Zogby noted that whether one had over $50,000 in a 401k or retirement account predicted their vote more than race or gender.

print
A Victim of Their Own Demonization
Inexhaustible Capital