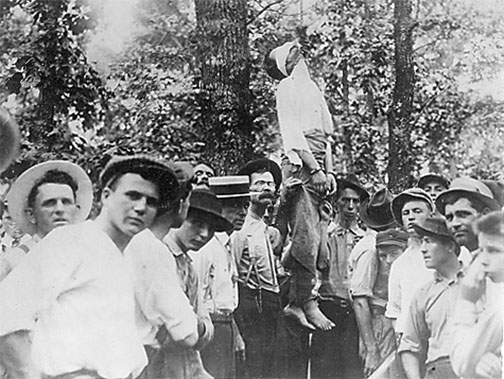 August 17 is the anniversary of the lynching of Leo Frank in Marietta in 1915.   This is a fascinating and tragic piece of history. It was the  OJ Simpson trial of its day and was followed by newspapers all over the country.

Leo Frank was a Jew who ran a pencil factory in Atlanta for his uncle.  A young 13 year old girl, Mary Phagan, who worked in his plant was brutally murdered and Frank was charged, although many suspected the black maintenance worker Jim Conley of the crime.  The trial was a spectacle and culminated from much of the cultural conflicts of the old south and the new urban factories.  As much as some of the litigators tried to avoid prejudice, to many at the time Leo was convicted because he was a Jew. Anti-Semitic comments surrounded the trial though they were largely absent from the court room.

Governor Slaton who was soon to leave office and run for Senate, courageously commuted Frank’s sentence because he thought justice had not been served in spite of the unsuccessful appeals.  Slaton knew this decision would end his political career. 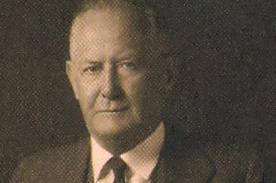 On June 21—six days before Nathaniel Edwin Harris, the new governor, was to take office and one day before Frank was scheduled to hang—Slaton commuted Frank’s sentence to life in prison. “I can endure misconstruction, abuse and condemnation,” Slaton said, “but I cannot stand the constant companionship of an accusing conscience which would remind me that I, as governor of Georgia, failed to do what I thought to be right…. [F]eeling as I do about this case I would be a murderer if I allowed this man to hang. It may mean that I must live in obscurity the rest of my days, but I would rather be plowing in a field for the rest of my life than to feel that I had that blood on my hands.”

Celebration in the streets when Frank was convicted turned to riots when Slaton commuted the sentence. The army had to protect the governor’s mansion. The Governor moved Frank to a prison in Milledgeville for his safety, but after one unsuccessful attempt to cut his throat he was kidnapped, driven to Marietta and lynched.

It was a rare instance of the lynching of a white man. It was even more unusual that in the prejudiced climate of Atlanta in 1915 that a white man could be convicted largely on the scripted testimony of a  black man.

There were many lessons learned from the trail and new procedures that are important to our criminal legal proceeding were implemented as a result of the injustices from that trial.  To this day many white supremacist and anti-Semitic sites still insist that not only was Frank guilty, but that his behavior was not uncommon among Jews.

The best read on the trial is And the Dead Shall Rise by Steve Oney.  If you are less inclined, then read the Wikipedia.  But do be aware that many sites on the web pertaining to Leo Frank are partially concealed or blatantly anti-Semitic sites.  Another legitimate summary is in the Jewish Virtual Library. There are also several movies and documentaries.   The tragedy of both Mary Phagan and Leo Frank was a stain on Georgia’s history, but one that heralded significant changes and improvements in our criminal justice system.