Housing Sanity is Just Due North 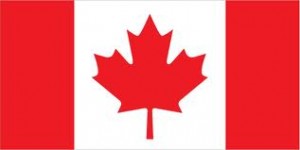 Economist Mark Perry writes in The American in 2/26/2010 Due North: Canada’s Marvelous Mortgage and Banking System.

And this recent financial crisis isn’t the first time that Canada’s banking system showed greater signs of stability and less exposure to stress than U.S. banks. In the 1930s, when 9,000 U.S. banks failed during the Great Depression, not a single bank in Canada failed. When almost 3,000 American banks failed during the Savings and Loan (S&L) Crisis, only two small Canadian banks failed in 1985, and those were the first bank failures in Canada since 1923. And while almost 200 U.S. banks have failed since the start of the global recession in early 2008, Canada remains the only industrialized country in the world that has survived the last two years of financial and economic stress without a single bank failure.

Please read the entire article.  Even without a home mortgage deduction, or GSEs like Fannie Mae, the rate of home ownership is higher and they have avoided the financial pitfalls that have plagued us.  By keeping their government neutral they have served both the home owners and their economy much better. It is long past the time to face the disaster our government created in the name of putting people in homes they could not afford.

An Acceptable Target
There is No Victory in a Class War