The Tax Act of 1986 and Income Distribution 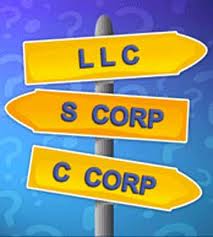 I have posted several times about the perception and the reality of growing income inequality.  To summarize several of the those entries:  the data can be very misleading depending on which time periods are considered, what is included in income (transfer payments?), after tax vs pre tax income,and the units measured (i.e. individuals vs households).   The measurements also often consider categories rather than actual people and thus omit the common reality of income mobility.  Also omitted is the view of poverty in relative vs absolute terms: our poor have a standard of living better than much of the middle class is other countries.

One of the biggest changes was the Tax reform Act of 1986.  As a result of dropping personal tax rates far below corporate tax rates, many businesses converted their C-Corporation status to an S- Corporation status.  The difference is that C-Corp profits were taxed as a separate entity and S-Corp profits flowed through to the individual tax returns.  What appeared to be a giant gain in the income of the wealthy was just a transfer of income from corporate to personal returns.

Phil Gramm and Steve McMillan noted this in their article in the Wall Street Journal, The Real Causes of Income Inequality, 4/6/12.

In 1986, before the top marginal tax rate was reduced to 28% from 50%, half of all businesses in America were organized as C-Corps and taxed as corporations. By 2007, only 21% of businesses in America were taxed as corporations and 79% were organized as pass-through entities, with four million S-Corps and three million partnerships filing taxes as individuals. By reducing personal tax rates below the level of the corporate rate, the Tax Reform Act of 1986 dramatically influenced how entrepreneurs structure businesses.

This has had a profound effect on what is now measured as the income of the top 1%, since a significant amount of what is now declared as personal income is actually income from businesses that are now taxed as individuals.

In 1986, just 5.6% of the income of top 1% filers came from business organizations filing as Sub-chapter S-Corps and partnerships. By 2007, almost 19% of income declared on tax returns filed by the top 1% came from business income. A significant amount of income that critics claim is going to John Q. Astor actually is being earned by Joe E. Brown & Sons hardware store.

While there is much to be considered in clarifying the true nature of income distribution, the bigger question looms in whether a more even distribution of income is the more important objective.  While the income for the top 1% did grow strongly as a result of the tax policies of Reagan and Bill Clinton, so did the income of the lower classes.  Some of the poorest countries have the most equal distribution of income. There has been a sharp drop in the number of millionaires since 2007. Have we as an economy benefited as a result?

Furthermore, the more we depend on the wealthy to fund our tax base the more sensitive government revenues are to economic corrections.  America has one of the most progressive income taxes in the world and also the highest corporate tax rate in the world, yet we have a president who claims the rich are not paying their fair share.

We would  be wiser to  lower tax rates and remove deductions that allow the rulers to engage in social tinkering.  Yet neither tax rate cuts nor increases will substitute for the government dramatically cutting expenses and understanding its limitations.

Righteousness and Reality
The Destruction of Judgment