The Destruction of Judgment 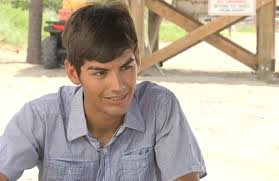 Jonah Goldberg writes Symptoms of a Sick Culture in Townhall, 7/6/12.

Two days before the Fourth of July, Lopez was fired for helping rescue a man drowning 1,500 feet outside of his designated zone.

“It was a long run, but someone needed my help. I wasn’t going to say no,” Lopez told the South Florida Sun-Sentinel and other media outlets.

When Lopez filed his incident report, he was canned on the spot.

“They didn’t tell me in a bad way. It was more like they were sorry, but rules are rules,'” Lopez said. “I couldn’t believe what was happening.”

The contractor that manages the lifeguard service has explained that the matter is out of their hands, too. Liability issues — i.e., fear of lawsuits, insurance requirements, etc. — demand a zero-tolerance policy for unauthorized lifesaving.

Last year, in Alameda, Calif., a man walked into the chilly — but not exactly freezing — waters of the Bay Area to commit suicide. It was a slow affair. The police and firefighters got there in plenty of time. But, due to union-backed rules, they simply declined to save the man’s life. They just stood on the beach and watched.

Fire Chief Ricci Zombeck was asked what he would have done if it were a child, rather than a suicidal adult, slowly drowning out there. He responded that if he were on duty he’d have let the kid drown, but if he was off duty he would have saved him.

These are the symptoms of a sick culture.

The “liberal truth” that politics can change a culture and save it from itself is double-edged. For just as politics can save the culture, politics can also destroy it.

I recall a book called the Death of Common Sense written years ago about how our litigation prone, highly regulated society was increasingly becoming contrary to the use of rational human judgment.  Our inclination to reduce all of our actions to rules made by elites far removed from the decision point threatens one of the most valuable human traits: judgment.

Mediocrity is the priority of process over results.  We don’t care if the baby dies as long as the people followed the proper procedure.  Daring heroism has become a liability.

PS-   Lopez was offered his job back, but has declined.