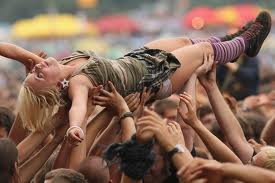 Occasionally I find an article that raises terrific questions, even if they fall short on the answers.  Kurt Anderson writes The Downside of Liberty in The New York Times, 7/3/12.

Why had the revolution dreamed up in the late 1960s mostly been won on the social and cultural fronts — women’s rights, gay rights, black president, ecology, sex, drugs, rock ’n’ roll — but lost in the economic realm, with old-school free-market ideas gaining traction all the time?

And then he answers his question:

What has happened politically, economically, culturally and socially since the sea change of the late ’60s isn’t contradictory or incongruous. It’s all of a piece. For hippies and bohemians as for businesspeople and investors, extreme individualism has been triumphant. Selfishness won.

And then further analyzes:

From the beginning, the American idea embodied a tension between radical individualism and the demands of the commonweal. The document we’re celebrating today says in its second line that axiomatic human rights include “Life, Liberty and the pursuit of Happiness” — individualism in a nutshell. But the Declaration’s author was not a greed-is-good guy: “Self-love,” Jefferson wrote to a friend 38 years after the Declaration, “is no part of morality. Indeed it is exactly its counterpart. It is the sole antagonist of virtue leading us constantly by our propensities to self-gratification in violation of our moral duties to others.”

Periodically Americans have gone overboard indulging our propensities to self-gratification — during the 1840s, during the Gilded Age, and again in the Roaring Twenties. Yet each time, thanks to economic crises and reassertions of moral disapproval, a rough equilibrium between individualism and the civic good was restored.

Timothy Dalrymple retorts on the blog Patheos, Against the Hippies: Or, In Defense of American Individualism, July 4, 2012.

Finally, even those of us who do not wish to see the government as the means of redistribution can agree that we would like to see the ultra-wealthy engage in more voluntary redistribution of their own resources.  I believe that one thing worse than the radical wealth disparity in our country is a government regime that enforces equality of wealth or something close to it — not because I want to protect the wealthy but because I’ve concluded that kind of regime is destructive of entire economies and societies.  When the ultra-wealthy are unconstrained by an ethical code that elevates humility and service, that celebrates lavish materialism and crass excess, this is morally appalling and not worthy of admiration or envy.

Kurt Anderson considers individualism and selfishness as two sides of the same coin. Dalrymple sees them as distinctly different. Individualism includes responsibility, selfishness does not.

Kurt also repeats assumptions that are less than true.  Yes, there is inequality, but the disparity is largely overstated by sloppy statistics that serve political ends more than truth and understanding.

And finally, I do not know what planet he inhabits that has seen a decline in regulation since the 1960’s, but in the business world I inhabit regulation has grown like kudzu. 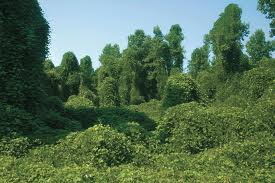