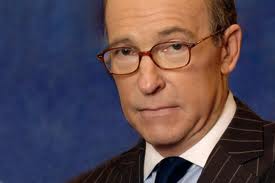 Larry Kudlow writes in the National Review, Reagan Praised Entrepreneurs into Recovery –Why must Obama trash them into recession?
JULY 19, 2012

A week earlier, I interviewed Alan Greenspan. I asked him about the impact of over $1 trillion in federal spending. He answered, “Well, actually, strangely as it may seem, the data are showing that it’s negative.” Greenspan said businesses — especially smaller businesses — are essentially on a capital strike. They see large-scale deficits and debt and assume that prohibitive tax rates cannot be far behind. Greenspan also said the U.S. government has borrowed so much money it has drained scarce capital from the private sector. Nobody wants to build long-term assets, like factories, buildings, and houses.

Obama does not understand that his government-centered model is doing vastly more harm than good. That’s why, three-and-a-half years in, he’s got slumping numbers on jobs, retail sales, manufacturing, and home sales, and a GDP rate that could be 1 percent or less. We may be on the front end of another recession without even going through a real recovery.

Interest rates have been at near zero for three years, and still the recovery sucks.   This economy has unmasked the wizard.  The Fed is out of ammo and unable to overcome the absurd fiscal polices and the demotivation every time Obama is near a microphone.  Business people are sitting on capital because the cost of deploying is still large.  The uncertainty and the friction costs of unending and unknown regulations has offset any monetary stimulus the Fed can muster.