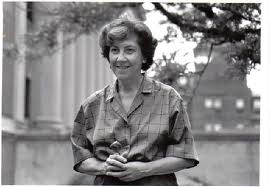 The ability of Arab and Muslim leaders to dominate the United Nations while celebrating their contempt for everything it stands for seems to confirm anti-Semitism’s success. Yet caveat emptor—early benefits of organizing politics against the Jews are inevitably outweighed by the ruin that overtakes its practitioners. Why inevitably? Because anti-Semitism attributes real problems to a phony cause. Putting off problems tends to compound them, and aggression fomented against a convenient target cannot be permanently controlled or contained. Strategies of blame may temporarily help justify repression, quell rebellion, camouflage corruption, channel dissatisfaction, and redirect aggression, but societies that resort to them collapse under the weight of their negativity. Palestinians—once considered the ablest Arabs, and perhaps sacrificed by their fellow Arabs for that reason—are now in strong competition with Germans of the last century in the sweepstakes of self-destruction. Jonathan Tobin makes the obvious point: “Rather than ask why Israel is willing to trade so many terrorists for one soldier, the world should be asking why the Palestinians are cheering the release of sociopaths.” What does the trade of one for a thousand say about the relative value Jews and Arabs place on human life, and the effect of those values on building or destroying?

From Ruth Wisse’s  The Suicidal Passion – Who is damaged more by anti-Semitism- Jews, or those who organize politics against them,  in The Weekly Standard 11/21/11.  I strongly recommend a thorough reading of Ms. Wisse’s entire article.

When nations define themselves by those they hate, they are left rudderless.  Such movements of hatred are hard to control.  If they succeed in destroying their quarry they are faced with the lack of any other unifying purpose.  If they do not succeed they end up drained of any productive capacity of their own.