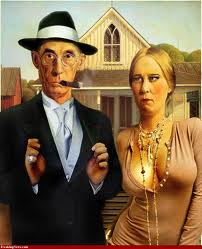 I have several posts that center on the clarification of income inequality myths. The best single source is the book  Income and Wealth by Alan Reynolds. You can use the search field at the upper right on this blog to find them.

In the 3/8/12 Investor’s Business Daily, this is again addressed in Income Inequality Myths of Left Exposed Once Again.

Among the neglected or ignored factors she addresses are the role food stamps, Medicaid and housing allowances play in the statistics; the increase in both high-income two-earner households and low-income one-person households; and more small businesses shifting from corporate to individual tax schedules since the 1986 tax reform.

The tax reform of a quarter-century ago, finally, caused revenues to shift from the corporate to the individual tax rolls, making it seem, incorrectly, as though some “had suddenly become better off and income inequality had worsened.”

For instance, a higher percentage of low-income Americans — 26% in the poorest fifth of households and 31% in the second-lowest fifth — actually own their homes free and clear of mortgage debt than upper-income taxpayers. “In fact, in the top quintile, 18% of households own their homes debt-free, the smallest share of any quintile — a counterintuitive result,” Furchtgott-Roth points out.

One reason is that many nonworking elderly, with their meager retirement incomes but substantial assets like stocks and property, get lumped in with the “poor” households. Also categorized as poor are students and recent college graduates whose degrees ensure them a higher income a few years out.

There are also fewer members of lower-income households, because the elderly are living longer, divorce has increased, and marriage takes place later than in previous decades.

In addition to the shift in assets from C-corps to S-corps in 1986 which made the wealthier look even more unequal there was also a shift from tangible assets (sought because of the inflation of the 1970’s)  to financial assets in the 1980’s.  This may have been a strong driver of the investment boom of the 1980’s according to John Rutledge as written in the The Econoclasts by Brian Domitrovic.  Financial assets were more likely to be reported.  This may have also exaggerated the widening of the wealth gap if you measure from 1979 rather than 1989.