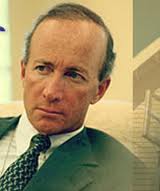 The breakthroughs necessary to discipline government, restore national solvency, and reinstate freedom among Americans will require the realism to move now, as far and as fast as possible.  If the measures achieved are less than optimal, we can always come back with the next round. But stalemate means ruin. Stalemate means that the statist quo wins.  Keeping the republics will require the unity of the likeminded, and agreement that action now comes before imaginary, unattainable perfection, and a welcoming willingness to treat anyone who supports the basic, paramount end goals as a friend and comrade.

Absent a thunderous Republican win and mandate .. the choice is likely to come down to new action or no action.   Occasional politics-free evenings on which we set aside “gotcha” tactics and explore options, if only to discard some and refine the rest, could be helpful. It’s time to take counsel of the old British saying “Now that the money has run out, we shall have to begin to think.”

From Keeping the Republic by Indiana governor Mitch Daniels.

Before one tears down walls it is worth finding out why they were built.  Proponents of simplistic notions like abolishing the Fed, the Balanced Budget Amendment, and other ideas are usually mute at describing the after effect.  Failure may require reform, even dramatic reform, but that does not necessarily equate with abolition.  Over time, evolution can accomplish more than revolution, with less damage to the host.