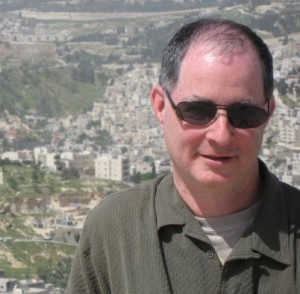 When Erick Erickson of Red State spoke at my Rotary Club  in Macon, Ga. 5 years ago, I had no idea what a blog was.  I had filled several notebooks with thoughts and quotes, and the idea of a blog just seemed like a public notebook.  I read a good bit and I find that writing compelling passages from those books and articles clarifies the subjects greatly.  Occasionally I find an opportunity to synthesize a new idea from two or more seemingly unrelated ideas and I consider that the intellectual jackpot.

Along the way I discovered several interesting blogs such as Mark Perry’s Carpe Diem, The Complete Spengler in The Asian Times, and others listed on the recommended links .  There are also many blogs written by much less well known bloggers.  I continue to find new and interesting writers and compilers regularly.

I have also written about 30 articles and postings for American Thinker.  I have been grateful for the quality and depth of some of the comments from the readers at AT as well as the readers of Rebel Yid, both at my blog and on my Facebook Fanpage.  I have noted that some bloggers have stopped taking reader’s comments because they just became rude and angry.  I have learned to stop arguing with such and just delete them .  Intelligent and civil criticism is welcomed.  Sarcasm and cynicism is deemed intelligence in much of the media, but not here.

Occasionally I get challenged on the position “Beyond left and right”.  I realize that much  of my opinion and focus is deemed to be conservative,  but I stand by my position statement for two reasons.  The ideas must stand on their own merit.  They are not good because they are conservative or liberal.  I have had supposedly intelligent people who claimed to be open minded who would not consider an idea unless they knew the source.

Secondly, I do not think that either party has a monopoly on good economic policy.  There are many ideas supported by the Right that I oppose, though few that I oppose as strongly as so many of the policies of this administration.

At the end of the Issacson biography of Steve Jobs, the Apple icon criticized Rupert Murdoch personally about Fox News.  He noted that the continuum is not from the left to the right, but from the constructive to the destructive.  Jobs also met with Obama and explained how regulation was choking business and how outdated our school system was.

I like some on Fox such as Neil Cavuto, and I dislike others such as Glenn Beck.  And I am sure I would find strong disagreement with many over what is considered destructive.  I think that inflating housing prices while we put people in homes they could not afford was incredibly destructive. It was considered a very constructive policy by its proponents from both parties for decades.   Paying people for 99 weeks not to work, centralizing the health care economy, and many poorly thought out regulations are also destructive, though their proponents would likely disagree.