The Entrepreneur And Credit Markets 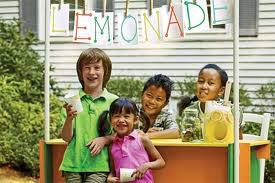 In contrast to Marx’s automaton capitalist or (Alfred) Marshall’s owner-engineer, the entrepreneur distinguished himself by a willingness to “destroy old patterns of thought and action” and redeploy existing resources in new ways.  Innovation meant overcoming obstacles, inertia, and resistance.  Exceptional abilities and exceptional men were required.  “Carrying out a new plan and acting accordingly to a customary one are things as different as making a road and walking along it,”  Schumpeter wrote.

His entrepreneurs are motivated less by the love of money than by a dynastic urge- “the drive and will to found a private empire,” as well as the urge to dominate, fight and earning other’s respect.  Finally there was “the joy of creating, getting things done, or simply exercising one’s energy and ingenuity.”  While Marx had cast the bourgeois as a parasite whose activities would ultimately destroy society, Schumpeter took up and developed Friedereich von Wieser’s notion that “growth was the result of the heroic intervention of individual men who appear  as leaders toward new economic shores.”… Though many did not realize great fortunes, entrepreneurs did more to eliminate poverty than any government or charity.

Despite his energy, vision, and domineering nature, the entrepreneur could thrive only in certain environments.  Property rights, free trade, and stable currencies were all important, but the key to his survival was cheap and abundant credit…. True the financial sector’s peculiar dependence on confidence and trust made it vulnerable to panics and crashes…. What distinguished successful economies was not the absence of crisis and slumps, but, as Irving Fisher also stressed, the fact that they more than made up lost ground during investment booms.

The highest rates in the world were found in the poorest countries.

From Grand Pursuit-  The Story of Economic Genius by Sylvia Nasar