Restricting Judgment is a Poor Solution 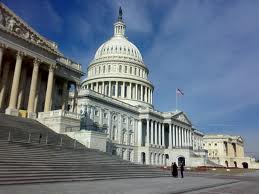 Several conservative candidates have stressed the need for a balanced budget amendment.  I fear that it is a simplistic notion to a complex problem.  By forcing such a solution we strive to restrict the ability to make bad choices by restricting the ability to make good choices as well.  Part of the problem is the amount of spending, but the larger problem is what it is spent on.

Government is plagued by the inability to say ‘no’ to worthwhile program we cannot afford.   Most proposals are worthy in isolation but must be considered relative to the other requirements.  Our spending should be focused on security and private sector growth.  Whether some money must be borrowed to fulfill those missions is less important.

That is the critical point in The Fatal Flaws of a Balanced Budget Amendment by Steve Conover in The American,  the online magazine of the American Enterprise Institute,  11/8/11.

Will the next generation be better off if we arbitrarily cut another half-trillion dollars out of the defense budget, or whatever additional cuts a BBA would mandate on top of that half trillion? Newt Gingrich hit the nail on the head in the October 18 presidential debate:

Now, the idea that you have a bunch of historically illiterate politicians who have no sophistication about national security trying to make a numerical decision about the size of the defense budget tells you everything you need to know about the bankruptcy of the current elite in this country in both parties. The fact is, we ought to first figure out what threatens us, we ought to figure out what strategies will respond to that. We should figure out what structures we need for those strategies. We should then cost them.

…to put the security of the United States up against some arbitrary budget number is suicidally stupid.

But the BBA would forbid any peacetime borrowing, even for investing in future generations’ security. Paradoxically, it would permit borrowing money to win a hot war in progress, but would forbid borrowing intended to prevent future wars.

The federal government’s “unified” budget simply combines the operating budget and the capital budget. It thereby hides the fact that some expenditures are investments for the future (capital investments), not expenses for present operations. But even though federal investments are hidden inside the “unified” budget, the same logic applies: borrowing money for investing in the future is harmless, even desirable.

So this flaw boils down to an inherent contradiction: If it’s commonly accepted practice for states to borrow money for the airports, bridges, dams, and water systems our kids will inherit from us, why on earth would we want to make it illegal for the federal government to borrow money for the satellites, aircraft carriers, Aegis anti-missile cruisers, computer systems, and basic research those same kids would also inherit from us? It just doesn’t make sense.

BBA proponents will advocate exceptions to the limitation in the case of emergencies such as national security and public health issues such as an epidemic.  But such exceptions would make the bill so complicated as to be effectively useless.  The smart money is spent on these issues to prevent catastrophes, not respond to them.

It is understandable that the public would be reluctant to trust the judgment of Congress, but that does not mean that we should remove the capability for our leaders to exercise judgment in circumstances when we need it the most.

We too often respond to leadership problems by trying to manage them with onerous and restrictive rules, rather than to get better leaders. Such rules make it difficult for good leaders to do their jobs.  Leadership of a complicated entity requires good judgment and flexibility.  Restricting their use of judgment  is a poor solution to bad leadership.

The Entrepreneur And Credit Markets
The Misallocation of Capital