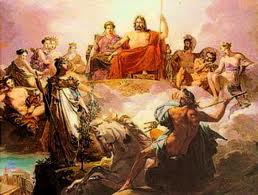 Phillip Levy praises the new Nobel Laureates in economics, Tom Sargent and Chris Sims in The End of Comfortable Keynesianism, published in  The American – The Journal of the American Enterprise Institute. (now included in the Rebel Yid Links)

That behavioral assumption was the point of attack for Sargent and other proponents of the “rational expectations” school. This assumption that people behaved in reliable, predictable ways was often equivalent to assuming that people in the economy were stupid and could be repeatedly fooled. If you wanted to spur the economy, just apply a burst of stimulus spending or pump up the money supply. When the economic agents in the economy—say, gullible store owners—saw customers coming through the door, flush with the new cash, they would conclude that happy days were here again and ask their suppliers to ramp up production; the economy would then spring to life. Those store owners wouldn’t stop to ask whether the stimulus would be paid for by higher future taxes, or whether the newly printed money would cause inflation, thereby undercutting its value. They would just suffer the rude surprises later on.

In rational expectations models, the people are smarter; they know what’s going on. If you offer them goodies today, paid for by taxes tomorrow, they look at both sides of the ledger, not just one. To the dismay of graduate students, this makes the math much harder. It also undercuts some of the old verities. At a dinner with Sims, when I was just coming out of graduate school, I made some mention of aggregate demand. He asserted that there was no such thing. This was deeply unsettling, even after my exposure to teachers like Sargent and John Taylor. More importantly, the rational expectations approach implies that the challenges are much greater for the economic policy maker, who now needs to worry about savvy economic counterparties who understand the game.

Modern economics has become more of a mathematical discipline but the heart of economics is human behavior.  Human behavior is complex in a way that is hard for mathematical models to predict when markets go to extremes. Models by definition rely on assumptions, and when the assumptions stop being true, the model folds.

If $400 a ton scrap generated 1,000 tons of purchased five years ago  it does not mean that same price will do the same even if inflation and competition is held constant.  If the price one year before was $100 a ton and the market quickly rose to  $400 a ton then such a price would have created a sharp incentive to sell scrap.  If the market a year before was $800 a ton then $400 a ton may have been deemed low and suppliers may hoard waiting for a higher price.  If the price slowly rose or fell the same price would have had a less dramatic effect.

I use scrap as an example because of my experience and its volatility, but the same is true for the housing market and mortgages.  Even though interests rates and housing prices are at record lows, the cycle of credit unwinding and recent fears from market shocks has more than countered the impact of lower prices.

The best Washington and the elites can do is to practice prudent financial stewardship and stop trying to control the actions of the great unwashed like the gods on Mount Olympus.