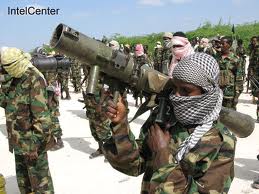 Ever since the assassination of Bin Laden I have been pondering the war on terror. Some would say I was late to the game.  I was glad to see Bin Laden killed, but I stilled questioned the method. We invaded a sovereign nation without their permission and assassinated a target.  I am always troubled by the argument that the ends justify the means because once those means become institutionalized in precedent we can count on future objectives that we would be less sanguine about approving so readily without question.

The war on terror presented us with a dilemma. We had to fight an organized enemy without a nation status. Al Qaeda occupied numerous countries and used many methods that took advantages of safeguards we depend on.  We questioned whether the Geneva accords applied to them since they were not combatants in uniform, and we questioned whether our laws applied to them because they were not US citizens.  While the Patriot Acts justly raised concerns over our rights I have seen much more concern about it than any actual abuse.

Rumsfeld and Bush actually spent considerable effort using a number of legal heavies trying to define the problem and get guidance on how to proceed. But ultimately we must create a third class of adversaries.  Citizens and combatants are not sufficient.  You can imagine how difficult this debate will be.

The use of military in Libya is disturbing. The targeting of a citizen is disturbing, but may be justifiable if he is a real threat that avoids or refuses other ‘legal’ means .

While we have avoided assassination as a national policy it may be preferable to outright warfare where far more innocents are killed.  Our military has actively assassinated over 1800 Al Qaeda operatives.  The problem and irony with  our targeted killing approach is that wars never end. Traditional combat ended when one side was exhausted. That no longer happens.

As to Ron Paul,  while he may be technically correct on the constitutionality of the recent hits and the current state of combat, the constitution is not a suicide pact.  We are faced with a foe that requires solutions that must be addressed.  While I think that our solutions are subject to abuse  we would be worse off to pretend that the threat is not real and that our approach cannot be different than the efforts that lead us here.

I agree with W that we cannot wait  until the mushroom  cloud appears.  I commend Israel for taking out the reactor in Iraq in 1980, and the reactor under construction in Syria in 2007.  For Israel is was an existential threat. Ron Paul wants to pretend that such threats do not exist because our constitution does not acknowledge them.

We need new laws and policies defined for non state combatants, but until we do we need to do our best to eliminate threats even though we will make mistakes along the way.  It has been our diligence in continuously assassinating AQ leaders and constantly disrupting their networks that has kept further attacks at bay.  Our military successes may have  actually avoided further potential erosion of our protections .

Our policies will evolve and there will be abuses and imperfections as there will always be in foreign affairs. We should address them properly but we cannot afford to wait till we perfect those polices before we address current threats.