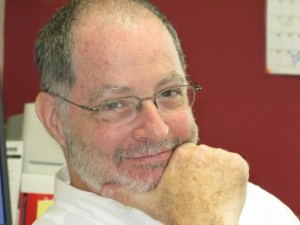 The angry tone of the voters belies a frustration with politics that comes from a reluctant involvement.  We would rather not have weigh in on the political discourse.  We would much rather think about the high school foot ball game, the vacation to the beach, the new movie that will be released, grilling out with family and friends, golf, Nascar, music, buying a new couch, discussing a new novel , the opening of deer season, our cousin’s wedding, running in  the labor day race, shopping, our daughter’s piano recital, the smell of fresh cut grass, visiting relatives or any number of things.

We are founded on the pursuit of life, liberty and the pursuit of happiness.  We really do not want to focus so much on politics.  In years past we had preferences for candidates but we never feared that if our candidate lost that we would face an existential threat.  Now we do.

We trusted Bobby with the keys to the cars and after wrecking the car twice and getting three speeding tickets we now have to drag our ass out of bed in the morning to drive him to school because he cannot be trusted to get there on his own safely.  We are pissed.

We had entrusted the political leadership to those who seek it and enjoy it.  The last person we would want in political office is someone who actually wants to be there.  Such people tend to come from the extreme elements of their party.  If you think about it this would be expected.  Most of us can get what we want out of life in a free exchange.  If we want a bigger house we would save more money.  If we want more free time we would value possessions a bit less.  If we want better grades we would study harder.  If we want bigger muscles we go to the gym.

But extreme ideas don’t sell well in a free exchange, so extremists seek political means. The reason they get as far as they do is because the rest of us are focused on the nicer car, the extra free time and the flatter abs.

Until the politicos start to impact our lives. Then we have to get involved. But beside being mad, we are not very good at it.  Economics and the difficulty of managing the money supply is beyond the scope of most of us, and just because the intelligent can create problems does not mean that fools can solve them.

A few will read and study the issues with some depth but the airwaves are mostly occupied with a hunt for demons and conspiracy theories or simplistic concepts that are only seen in isolation from the factors that will impact the result.

It is much easier to rely on the magic candidate to save us than to discuss the changes in our lives that must happen to restore sanity to our economy.  This reliance on experts and magic leaders is just the flip side of the conspiracy theorists who want to find demons rather than solutions.

Candidates and leaders predict precise growth rates and employment numbers which are simply delusional.  Wall Street thought they had precise handles on risk because the math was so convincing.

We may become more satisfied with government when we expect it to do less.  This will be painful to the growing population that has come to depend on it .