We Can Not Afford to Get it Only Half Right 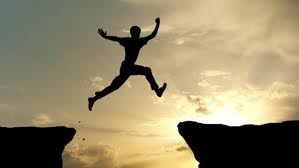 The potential fallacy of the budget reformers is to focus ONLY on the reduction in government and government spending.  Having a smaller government is desirable and productive. Getting to that point, however, can be very painful and not addressing the pain of the change can derail that change from ever happening.

Government spending does have at least a short term stimulative effect. A quick and drastic cut in such spending can cause a drop in consumption that will depress the economy at least in the short run. It does matter what the government actually spends the money on and this seems to have escaped this administration, but in the call for drastically reduced spending one must be real about the effect this may have.

To counter this effect there must also be a restoration of the strength of the dollar AND a pull back of the regulatory excess of the last few years.  Reduction of deficits through spending cuts will aid the dollar, but the regulations are strangling the economy and must be dealt with at the same time.

Even a strong dollar will have consequences in the jobs market as exports become more expensive.  If the short term effects are not faced then the party that brings the changes may not be able to politically survive long enough to complete the task. This is also the important reason that we must have a candidate who can speak beyond mere talking points and show both true understanding and faith in the solution.

The voters appear to be a fickle crowd that knows more about what they do not want than what they do. It will take an exceptional communicator to guide us down the road to redemption, to remain committed to a plan that is worth pursuing, but does not necessarily produce the quick results that a notoriously impatient American electorate demands.

Winding down a credit bubble is painful and it already happening in the private sector.  It will continue, but it is offset by the increase in debt in the public sector. Some of the elusive benefits of increased federal spending is offset by cuts in state budgets, which have no power to create money.

While I have been no fan of this administration and I do believe that its actions have severely damaged the economy and must be undone, I also believe that the unwinding of  this housing and credit bubble is severely restraining this economy and that it has many years to go.  Those who seek to reform government spending need to understand the potential consequences of their objective and prepare their supporters.

When Reagan took office and proceeded with Volcker to attack the inflationary spiral head on, unemployment shot up to 11% and interest rates resumed a climb beyond 20%.  He was deemed a reckless fool by the press and even his own party pressured him to recant a policy that at first seemed to make a bad problem worse.

But he remained committed to the wisdom of his plan even in the face of the short term pain it caused and soon both interest rates and unemployment dropped and the economy journeyed on a growth path for decades.

There are factors today that may make such a drastic turnaround even more difficult.  We cannot afford to get it only half right and we cannot afford a candidate without the understanding and commitment to accomplish the whole job.