They Already Have Their Money 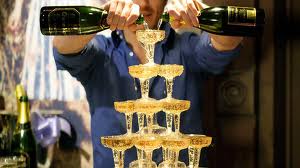 Warren Buffet has made a plea to tax the rich before,  and it is fallacious for several reasons.  First there is a difference between the rich and the super rich.  Yes, the billionaires like Buffet can easily pay more taxes without any feeling of sacrifice. But the reality is that there is few of them and in order to obtain the revenues the government requires for its excessive programs you have go for incomes much lower than the billionaires.  And when you raise taxes on the working wealthy, those who live well but still have to work to earn an income to sustain their lifestyle and are thus sensitive to investment returns, then higher taxes impacts investment and job creation.   Lack of clarity is a convenient place to hide.

The reality of Buffet’s false altruism was well made in the Wall Street Journal article, Warren Buffett’s Tax Dodge- The billionaire volunteers the middle class for a tax increase. (August 17, 2011)

Barney Kilgore, the man who made the Wall Street Journal into a national publication, was once asked why so many rich people favored higher taxes. That’s easy, he replied. They already have their money.

The Berkshire Hathaway magnate makes much of the fact that he paid only 17.4% of his income in taxes, which he considers unfair when salaried workers often pay more. But Mr. Buffett makes most of his income from his investments, in particular from dividends and capital gains that are taxed at a rate of 15%.

What he doesn’t say is that much of his income was already taxed once as corporate income, which is assessed at a 35% rate (less deductions). The 15% levy on capital gains and dividends to individuals is thus a double tax that takes the overall tax rate on that corporate income closer to 45%.

Like Mr. Obama, Mr. Buffett speaks about raising taxes only on the rich. But somehow he ignores that the President’s tax increase starts at $200,000 for individuals and $250,000 for couples. Mr. Obama ought to call them “thousandaires,” but that probably doesn’t poll as well.

While few Americans may be wealthy, however you define that term, many more dream of improving their station in life.  It may seem ‘moral’ to offer to tax your own more, but if the result, intentional or not, is to make it much harder for others to obtain the success you enjoy,  then your action is simply exceptionally greedy.