A Better Use of Capital 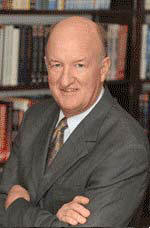 Warren Buffet’s most recent call to tax the wealthy more has been bantered about in the press and has received several good responses.  I could sum them up as follows:

Read They Already Have Their Money published here a few days ago, and Is There Any Case for Revenue Enhancements recently published in American Thinker.

But the best response came from Mark Skousen in my Forecast and Strategies September newsletter. (Paid subscription www.markskousen.com ).   The reason we should not give more to the government is because it would be far more productive in the private sector. The observation is both simple and profound.

If anybody should know this it is Warren Buffet.  He has built enormous wealth by carefully deploying capital into businesses  that use it to innovate and create jobs:  jobs that support health insurance and retirement accounts for thousands of employees.  The employees and Buffet’s businesses  pay generous taxes to all levels of government. In fact we could say that Mr. Buffet has generated enormous revenues to the government and reduced the expenses of those needing government assistance by NOT paying more taxes.

Mr. Buffet found a better use of his money.  So can the rest of us.

The Howard Schultz Bullshit Boycott
A Reduction in Materialism