A Blessing in Disguise 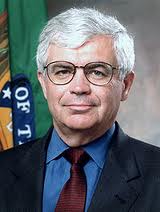 Economist John Taylor writes an excellent article : The End of the Growth Consensus in the Wall Street Journal (7/21/11).

Economic policy in the ’80s and ’90s was decidedly noninterventionist, especially in comparison with the damaging wage and price controls of the ’70s. Attention was paid to the principles of economic and political liberty: limited government, incentives, private markets, and a predictable rule of law. Monetary policy focused on price stability. Tax reform led to lower marginal tax rates. Regulatory reform encouraged competition and innovation. Welfare reform devolved decisions to the states. And with strong economic growth and spending restraint, the federal budget moved into balance.

As the 21st century began, many hoped that applying these same limited-government and market-based policy principles to Social Security, education and health care would create greater opportunities and better lives for all Americans.

But policy veered in a different direction. Public officials from both parties apparently found the limited government approach to be a disadvantage, some simply because they wanted to do more—whether to tame the business cycle, increase homeownership, or provide the elderly with better drug coverage.

And so policy swung back in a more interventionist direction, with the federal government assuming greater powers. The result was not the intended improvement, but rather an epidemic of unintended consequences—a financial crisis, a great recession, ballooning debt and today’s nonexistent recovery.

The change in policy direction did not occur overnight. We saw increased federal intervention in the housing market beginning in the late 1990s. We saw the removal of Federal Reserve reporting and accountability requirements for money growth from the Federal Reserve Act in 2000. We saw the return of discretionary countercyclical fiscal policy in the form of tax rebate checks in 2001. We saw monetary policy moving in a more activist direction with extraordinarily low interest rates for the economic conditions in 2003-05. And, of course, interventionism reached a new peak with the massive government bailouts of Detroit and Wall Street in 2008.

Since 2009, Washington has doubled down on its interventionist policy. The Fed has engaged in a super-loose monetary policy—including two rounds of quantitative easing, QE1 in 2009 and QE2 in 2010-11. These large-scale purchases of mortgages and Treasury debt did not bring recovery but instead created uncertainty about their impact on inflation, the dollar and the economy. On the fiscal side, we’ve also seen extraordinary interventions—from the large poorly-designed 2009 stimulus package to a slew of targeted programs including “cash for clunkers” and tax credits for first-time home buyers. Again, these interventions did not lead to recovery but instead created uncertainty about the impact of high deficits and an exploding national debt.

Big government has proved to be a clumsy manager, and it did not stop with monetary and fiscal policy. Since President Obama took office, we’ve added on complex regulatory interventions in health care (the Patient Protection and Affordable Care Act) and finance (the Dodd-Frank Wall Street Reform and Consumer Protection Act). The unintended consequences of these laws are already raising health-care costs and deterring new investment and risk-taking.

If these government interventions are the economic problem, then the solution is to unwind them. Some lament that with the high debt and bloated Fed balance sheet, we have run out of monetary and fiscal ammunition, but this may be a blessing in disguise. The way forward is not more spending, greater debt and continued zero-interest rates, but spending control and a return to free-market principles. 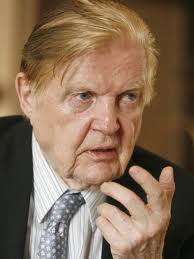 As I have written before, ‘monetary maestros’ have covered for foolish fiscal policies.  Nobel prize winner Robert Mundell noted that the dual purpose of the Fed to stabilize the value of the dollar AND to promote full employment is misguided.  Higher minimum wages hurt employment especially of the lower wage segment, but the expectation is that loose money will stimulate the economy enough to cover the effect.

John Taylor notes in his excellent article that the depth of the current deficit is beyond the scope of the ability of the Fed or Keynesian fiscal policy.  The more they try such failed policies the worse our predicament gets.

Too Much Information
Humane Ideas Taken to Inhumane Extremes