Why the European Union is Coming Undone 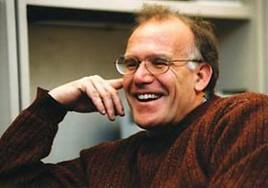 from a bit of a July Fourth Rant by Victor Davis Hanson in The National Review – Liberal Frankensteins July 1, 2011

The European Union is unwinding for two very simple reasons. First, it is not a constitutional state, but a loose conglomeration of nations run by elites who are not responsible to the people. For decades the undemocratic nature of rule from Brussels was masked by politically correct edicts on everything from global warming to anti-Americanism. But as the money runs out, the elites’ fraud becomes impossible to hide.

Second, Mediterranean countries were allowed to cook their books in such a way that northwestern European money would continue to be loaned to the siesta cultures that had not produced goods and services to justify the influx of foreign capital and the attendant lifestyle it ensured. Now we are well past any chance that German money can be paid back; the only mystery is over the conditions of the default — whether slow and incremental, or sudden and cataclysmic — and whether it will leave in its wake a downsized EU or no EU at all.

In other words, the notion that platitudinous elites could, by their proclaimed virtue, establish a constitutional union without real democratic values proved unrealizable. More important still, socialism came to an end with fiscal insolvency. This happened, of course, most dramatically in southern Europe, where climate and culture conspired to hasten its demise; but northern Europeans now realize that they too have a rendezvous with a Greek-like reckoning unless they increase worker productivity, curb government, prune the power of public-employee unions, bring market-based incentives back into the workplace, reestablish national sovereignty, raise the retirement age, and address the declining demography that is so often the handmaiden of socialism. In short, EU elites have done what the half-century-long threat of Red Army tanks and missiles never could: destabilize Europe to the point of anarchy.

A Game of Inches
The Private Jet Sham