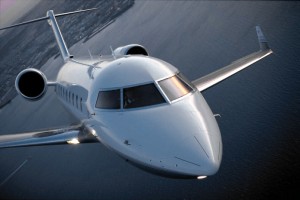 With corporate jets becoming the intentional focus on the class warfare debate, and being used as an example of a glaring need to raise taxes, it may be clarifying to examine exactly what they are talking about.

Commercial air carriers must deduct their planes over seven years. Private jet owners are allowed to deduct their planes over five years. The Democrats proposed to lengthen the depreciation for private planes to seven years. They  are not talking about  eliminating the deduction. As it is,  this deduction is only available for legitimate business use.  Small businesses who use private planes will confirm that this is one of the most audited expenses they have.  Private plane deductions scream for an audit.

This is not to say that the depreciation should not be the same for all planes, but it is a cheap stunt to try and use this as justification for raising taxes in a recession.  The revenue from this change would be minimal, and there is no way of knowing if the change may be pivotal in the reduction of sales of private jets that may have some negative effect on tax revenues.

If changing  private jet deductions is a good way to soak the rich should we also reduce the deduction for first class airfare?

If I was a Republican Congressman I would give in on the deduction for private jets just to point out how minimal and foolish it is. But remember George H. Bush’s luxury tax: it cost the government more revenue than it raised.  Class warfare is not an answer to the destructive level of government spending.

Why the European Union is Coming Undone
Closing the Curtain on Keynes ?