Closing the Curtain on Keynes ? 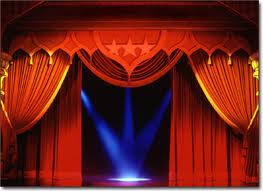 Scott Grannis, one of my daily go-to economic bloggers, write in his Calafia Beach Pundit–  Why Can’t We Cut Our Way to Prosperity?

He might do well to consider the record of the Clinton administration. As these charts show, federal spending as a % of GDP fell 4 percentage points—from 22% to 18%—during the 1993-2000 period, thanks mainly to 8 years of very low spending growth: 3.1% on average. During that same period, real GDP grew at an annualized rate of 3.8% per year, well above its long-term 3.1% per year average, and the unemployment rate fell from 7.4% to 3.9%.

During that same period, rising prosperity resulted in a surge of federal tax receipts, which rose from 17% of GDP to 20%, as revenue growth averaged 7.8% per year. The combination of very slow spending growth and a strong economy reduced the budget deficit from 5% of GDP to a surplus of 2.5% of GDP. And thanks to the combination of strong growth and tight monetary policy, the dollar rose 20% during this period, further boosting confidence and investment.

The worst thing about policies of the past several years (including the Bush administration) has been the reliance on policies (e.g., lots of government spending and easy money) that don’t make any sense, but which sound good because they supposedly put the politicians and the bureaucrats in charge of pulling the economy out of a slump that they themselves (of course) were responsible for creating. The Keynesian belief that politicians and bureaucrats can pull spending and money levers and thus turn around the economy have once again been totally discredited.

Moral of the story: you can’t simply spend your way to prosperity.

HKO- I don’t know how one can make this point any clearer.