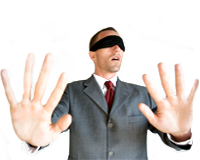 More than a proper monetary policy and more than specific fiscal policies the greatest retardant of growth is a simple lack of trust.

George W Bush’s tax cuts may have been a proper response to a dot.com crash, Y2K concerns, 9/11, and a collection of corporate frauds and collapses (Enron and Worldcom).  But in its core design was an expiration, most significantly on estate taxes.  How can anyone make plans on estates with a bill that changes every year and then disappears reverting back to a rate from a decade ago?  Who will allow their expensive life insurance policies, many designed to assure liquidity at death, lapse?

As Bush became increasingly less popular, quite a challenge given the controversy on his first election, it became clear to many that the Democrats would not renew his tax cuts.  So any benefit from the cuts were expiring years before the law itself.

With both houses and the White House under the Democrat’s control,  talk was ripe about a union card check bill and a cap trade regulation.  Even though these topics are dead now, just the talk about them was a constraint on economic growth. The health care bill was actually passed and its uncertainty is still plaguing business planning.  The same is true with the Dodd-Frank Financial bill.

Class warfare speeches from the bully pulpit about taxing the rich kills investment.  Businesses are wondering what will be passed next and what regulations will ensue from the bills already passed.

While the laws and regulations themselves inhibit business and job growth, what holds so many of us back  is expectations of more. Even if we got a cut in regulations and taxes, few of us trust the government to stay with a given set of rules long enough for us to actually benefit from them.   We have not had a consistent set of laws to follow for a decade.  It is this more than the rates themselves that is keeping this recovery so timid in spite of the record monetary stimulation.

Populist Opinion
Why Accounting Has Failed Us