The Biggest Obstacle to a Palestinian State 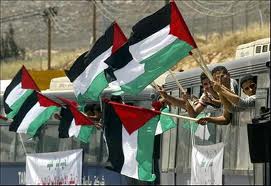 During the turmoil that gave birth to the state of Israel in 1947 and 1948 over 700,000 Jews were ejected from the Arab states from Libya to Iraq.  Jews had lived in those countries for thousands of years. All of their property was confiscated.

Void of resources the new state of Israel absorbed those refugees and quickly made them citizens. Helen Thomas’s blindingly ignorant statement that the Jews in the Middle East should go back to Germany ignores not only the many Jews that had lived in the Arab world but the Jews that have had a presence in Israel for 3,000 years.

I do not believe that one UN resolution condemned the ethnic cleansing of the Jews in the Arab world in 1948, and this was so soon after the Holocaust that the ashes were still smoldering.

Many of the Palestinian refugees that cause such anguish amongst their supporters left in the anticipation of returning after the Arab armies extinguished the Jewish state.  Some were driven out by the fears and fortunes of war.   Many Arabs stayed in Israel and remain there today with rights of citizenship. It was not until the overwhelming Israeli victory in 1967 and the failure of the Arab invasion in 1973 that the idea of returning began to dim.

It was around that time that the idea of a Palestinian state and a Palestinian people took root.  In the early days of the British Mandate the Jews in Israel as well as the Arabs of the area were referred to as Palestinian.

As the Palestinians under the leadership of Arafat and the PLO became a distinct entity, they tried to exercise political power in Jordan.  After using Jordan as a base for terrorist activities including a few attempts on Jordan’s King Hussein’s life, the Jordanian army expelled the PLO from their country.  Over 2,000 Palestinians were killed by the Jordanian army during this expulsion in a period known as Black September. This became the name of a terrorist sub group of the PLO.

I do not recall any UN resolution condemning the Jordanians for their action against the Palestinians.  I do not know of any Israeli operation that has killed as many  Palestinians in such a short period of time.

The Palestinians took root in Lebanon, inciting a civil war in what was largely a Christian Arab state. After using Lebanon as a base to attack Israel, the Israelis invaded Lebanon to defend their northern border and to support the Lebanese Christians in their opposition to the Palestinians.  After a brief incursion from the United States under Reagan (we quickly withdrew  in 1983 after 241 Marines and servicemen were killed in a suicide bombing of their barracks) and world outrage precipitated an Israeli withdrawal, Lebanon was transformed from the peaceful nation it was to the Hezbollah hell hole and terrorist base it has become.

Hundreds of thousands of Palestinian were working in Kuwait when Iraq invaded that sovereign kingdom.  The Palestinians largely supported Saddam Hussein, and Saddam offered $25,000 incentives to Palestinian suicide bombers.   After Desert Storm removed Hussein from Kuwait, almost all of the Palestinian workers in Kuwait were ejected.

I do not recall any UN resolution protesting this action.

The suffering of the Palestinians has been largely the result of their own leadership and their fellow Arab nations.  They are the victims of a culture of death that places more value on killing Israelis than building their own civilized society.  They are the victims of enablers that do not hold them accountable for their own dysfunctional society, and who perpetuate their myth that their problem is the intransience of Israel and that any amount of land will satisfy their blood lust.

This is not to ignore violence that the Israelis have committed against Palestinians.  It is hard to avoid civilian casualties when they are used as fodder to control a narrative.  I am sure there are actions the Israelis wish they could undo.  I  doubt that the Palestinians feel the same.

The Palestinians were offered a state in 1948, and in 1967 and ever since.  It has been continuously rejected.  To consider borders from 1967, before the rise of Hamas and Hezbollah, before the rise of the Iranian theocracy, and thousands of other changes is as ludicrous as considering that the United States return to the southern borders of 1848 to solve the problem of illegal immigrants from Mexico.

The rise of the State of Israel came at a cost not only to the Israelis but to the people displaced by a half century of conflict.  Sixty years later Israel is now a fact on the ground.  The biggest obstacle remaining to a Palestinian state is the Palestinians themselves.