How Not to Grow the Economy 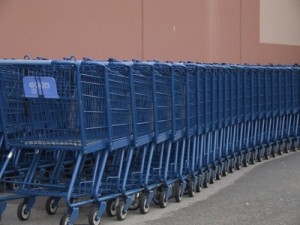 Economist Scott Grannis in Calafia Beach Pundit (a recommended daily read) writes “Why The Recovery Continues to be Subpar”  (May 27,2011):

Fiscal “stimulus” that involves massive borrowings to fund huge transfer payments, make-work projects, and subsidize state and local budgets also can’t create growth out of thin air. Taking money from those making a lot of it (e.g., corporations which have generated record profits) and handing it out to those not doing very much (e.g., by extending unemployment benefits, funding “shovel-ready” projects, and keeping union and public-sector employees on the job) not only can’t create new growth, it destroys growth by creating perverse incentives.

Printing money, making money cheap, borrowing to force-feed spending—it’s all an exercise in futility and ultimately counterproductive. Growth only comes when money is spent on things which increase the productivity of labor. Our standard of living rises only if our collective efforts result in more output for a given number of hours of work. Government has a dismal record when it comes to making productive investments, because the incentives are not properly aligned; the profit motive is missing. Force-feeding money to the economy only results in more speculative activity, since it’s easier to bet on rising gold and commodity prices than it is to risk setting up a new company and hiring new people. Soaring deficits don’t create new demand, they only create fears of huge future tax hikes and that dampens animal spirits today.

What has been working to create growth is the inherent dynamism of the U.S. economy, and the tireless efforts of entrepreneurs and workers who strive to improve their lot in life. Businesses have been busy restructuring, laying off nonessential workers, cutting costs, and boosting their profits. The economy has shifted massive amounts of resources from the troubled financial, housing and construction sectors, and into the up-and-coming mining, technology, and manufacturing sectors. The economy is growing despite the best efforts of politicians to create growth. Financial markets have recovered not because the economy is in great shape, but because the economy is much better today than markets feared.

Loose monetary policy is counteracted by fiscal policy that inhibits growth. For a long time the Fed has been able to counteract misguided fiscal policies from Congress with easy money. This no longer works because the deficit has become too large at the same time that the onslaught of the threat of new taxes, onerous regulation, the health care bill, and the bully pulpit war on wealth from this reckless administration is strangling the economy.

When the stimulus wears off and quantitative easing ends we are left with an anemic recovery and a huge debt.

The Biggest Obstacle to a Palestinian State
The Cabinet War