Lost With the Wrong Map 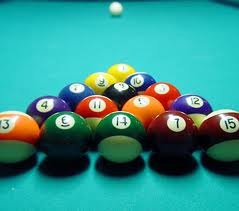 If you have the cue ball and just one other ball on the pool table lined up for shot in the corner pocket, AND you are a reasonable competent pool player then you can determine with some degree of accuracy and consistency that you will have a high degree of probability of sinking that shot.  If the shot is not lined up perfectly and you must hits the ball at some angle or if you must bank the shot off the side bumpers, then the possibility of missing the shot escalates.

Now add another ball between you and the target ball, and the risk of missing the shot escalates enormously especially if the second ball is off center. By the time you add several balls to the table the likelihood of making the shot drops to near zero. The analogy is that the more variables you add to a system the less you are able to predict with any certainty.

In retrospect the collapse of the financial system showed plenty of visible signs of impending doom.  There were several prominent analyst who warned us. One of them was Nassim Nicholas Taleb, author of The Black Swan (the pool table analogy is partially from that book).

The handicappers used risk models with two large defects.  The models were created in a world where all the pool balls were visible, where the chances of gain and loss were subject to measurement and where the amount that could be lost was somewhat limited even if possibly severe.  Taleb called this world Mediocristan. These models were applied to a world where the pool balls could become invisible, where risks were less subject to being known and measured and where the losses could prove fatal to the system.  It is foolish to decree with some delusional certainty that there is only a one per cent chance of a loss without considering the size of the potential loss.

It was foolish to apply game theory to a world void of the fundamental assumptions of the theory and it was even more foolish to consider risk of loss without considering the amount.

Why do we use such flawed thinking?  We seek the comfort of order where there is none. We are reluctant to admit that we do not know.  The more complicated our systems get (not just financial systems) the more we depend on intellectuals and academics for the answers.  These people do not thrive by focusing on what they do not know.

To use another analogy from Taleb’s book, it is like being lost in the Alps and using a map of the Pyrenees because that is the only map you have, and it is thus better than nothing.  No it isn’t: you are far better to use your own eyes and senses than a flawed model.

Rather than replace one horribly flawed model with another we need to recognize that we are in a game with invisible balls, unknowable risks, and with risks that can kill the host.  Much of the risk can be addressed by eliminating excessive and dangerous debt. More can be done by breaking larger units into smaller units but we must also reduce or eliminate interrelated risks.  We are no better off with smaller units so related than they will all go up and down together.  The last crisis saw unhealthy large institutions tied to every other large institution with activity so interrelated that it behaved like a single diseased entity.

The new Frank Dodd Financial reform addresses none of this. It assumes that we can compensate for the miserable failure of regulations and regulators with more regulators and regulations.  In 2006 Barney Frank angrily denounced those who warned Congress of the looming dangers  in Fannie Mae and Freddie Mac. Fannie and Freddie were exempt from most regulatory oversight from the Treasury, the SEC , and the FDIC; they were regulated by Congress themselves with Frank and Dodd in the most responsible positions as head of the House and Senate Banking Committees.

The monumental failure of Fannie and Freddie was at the center of the financial collapse, yet both are exempt from the financial reform package.

Those who believe that in light of the severity of the collapse that we must do “something” are still lost in the mountains and they are still using the wrong map.

Ends and Means
Yes Nancy, We are Serious