Throwing In the Towel 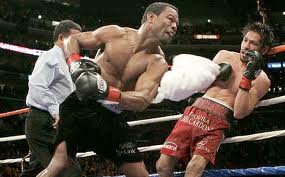 In December of last year I posted at this blog The Second Wave of Unemployment.  An excerpt from that post:

Those of us who took a wait and see approach will generate another wave of layoffs. It will not be the thousands from a single large plant that makes national headlines.  It will be a dozen here and a few there as the small businesses across America face the reality.  Some will throw in the towel and just close; some will be forced to close or sell at bargain prices because of a lack of credit, others will finally get small enough to survive.

Either way private wealth  (and the taxes it generated) will be destroyed and unemployment will continue to climb.

Next week one of the largest and best run fab shops in our area is liquidating at auction.  The reason is that they just do not see any light at the end of the tunnel.  I still see auction notices in the mail regularly.

The fabrication and construction industry remains one of the hardest hit of this economy.  Part of this is the result of deflating a credit bubble, but much of it is the uncertainty from the onslaught of oppressive regulations and new laws.  And this is with record low interest rates and record high government spending.

Two of my favorite bloggers  on the economy, Carpe Diem and Calafia Beach Pundit have posted several economic insights about indicators that suggest that the economy has bottomed and is turning up: auto sales, rail road freight traffic, port traffic, temp posting, and other measurements suggest we should be turning the corner.  But from my little corner of the world- I am not seeing it.