An Israeli Perspective of the Ground Zero Mosque 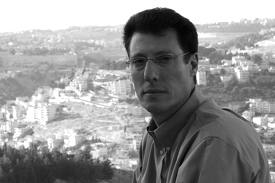 Dan Gordis writes in The Jerusalem Post a different insight into the ground zero mosque. In The Ground Zero mosque – what US could learn from Israel Gordis writes that the issue of religious tolerance must not blind us to acknowledging that we clearly have an enemy and that reluctance to addressing that threat is self destructive and deadly.

One need not be racist or Islamophobic to be concerned about the mosque. For life in our region has taught us that the first necessary step to defending yourself is acknowledging that someone else is out to destroy you.

“Of course we work on Shabbat.” And then, after a second’s pause, she added, “Gam ha’oyev oved beshabbat” – the enemy also works on Shabbat.

It was a game changer. “What?” she essentially asked. “You think we do this for fun? There are people out there trying to destroy us. Either we’re as serious about this conflict as they are, or they’re going to win.”

It’s fine to say that “America is not at war with Islam,” to point out that most Muslims are not terrorists and that many American Muslims are moderates. That’s true, as far as it goes.

But it only goes so far. Because America is at war and its enemies are Muslims. Politically correct hairsplitting runs the risk of Americans blinding themselves to that simple but critical fact. It makes no difference what percentage of the world’s Muslims wants to destroy America. There are enough of them that US air travel is now abominably unpleasant and, more importantly, enough of them that more strikes on America appear inevitable.

THE UNITED States’ future is under attack, but Americans resist admitting it. President Barack Obama has sent 30,000 additional troops to Afghanistan, but he has also said that he intends to pull them out by July. Can we imagine FDR declaring war on Germany, but then adding that the war had to be over in a year, or in two? It would have been laughable. And America would have lost. The US has to decide – is it committed to destroying those who wish it ill, or is it willing to be destroyed by them? Those, sadly, are its only two alternatives.

Whether or not the Ground Zero mosque ultimately gets built may not matter nearly as much as whether or not Americans are willing to gird themselves for the battles that sadly lie ahead.

I have written that for a war to not last forever we must fight as though it will.  Gordis makes an excellent point that an existential threat puts valued rights in a different perspective.

Between the Elitists and the Populists
Making Judgment Obsolete