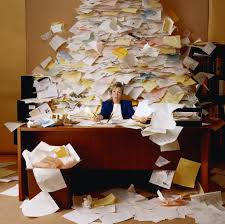 Section 9006 of the health care bill — just a few lines buried in the 2,409-page document — mandates that beginning in 2012 all companies will have to issue 1099 tax forms not just to contract workers but to any individual or corporation from which they buy more than $600 in goods or services in a tax year.

The stealth change radically alters the nature of 1099s and means businesses will have to issue millions of new tax documents each year.

Right now, the IRS Form 1099 is used to document income for individual workers other than wages and salaries. Freelancers receive them each year from their clients, and businesses issue them to the independent contractors they hire.

But under the new rules, if a freelance designer buys a new iMac from the Apple Store, they’ll have to send Apple a 1099. A laundromat that buys soap each week from a local distributor will have to send the supplier a 1099 at the end of the year tallying up their purchases.

The bill makes two key changes to how 1099s are used. First, it expands their scope by using them to track payments not only for services but also for tangible goods. Plus, it requires that 1099s be issued not just to individuals, but also to corporations.

But now we have passed the bill so we can see what is in it. This innocuous change in the wording of another bill will have a major impact on business. Companies were required to report all payments for SERVICES in the form of a 1099. This change in the health care bill now requires the reporting of all payment for any sort of property.  1099s must now be distributed for product purchases.

This will increase the number of 1099s required by multiples. It will dramatically raise accounting and reporting costs.  If you buy aspirin from Walmart for your safety kits you must now have Walmart’s tax ID number and distribute  them a 1099 (subject to the minimum).

This may be the result of an administration will little real world experience, but it could also be a step towards collecting information to implement a value added tax.

It may also be an effort to get at the the underground economy, but it may only drive more businesses underground

Regardless of its intent or motivation this tiny provision in the ludicrous health insurance bill will increase the administrative burden on small businesses enormously.